Water Workers Due to Strike Over United Utilities’ Pension Grab

"While executives and shareholders are doing nicely, attacks are being made on the staff who deliver an essential service to the public." 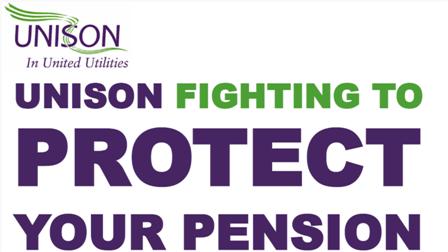 Hundreds of water workers are due to take strike action for the first time since 1992 over United Utilities’ controversial plans to cut their staff pension scheme.

Workers who repair pipes, treat waste water, and resolve queries from the public will all be amongst those joining the strike action on Friday 16 March and Monday 19 March.   The strike will impact the whole of the North West region.

The strike has been called due to a UU management plan to impose changes to a staff pension scheme from April 1st.  The changes will reduce scheme members’ pensions significantly, with younger members of staff due to lose as much as £10,000 per year of their guaranteed income in retirement.

The UU pension scheme was reported to have a surplus of £248million in March 2017.

“United Utilities are making an unnecessary and unjustified grab for the retirement incomes of their workers.

“The pension scheme is in good financial health and there is no need for these changes to be made.  It is not too late for management to see sense and stop the strike action by halting their plan.

UU has paid out more than £1.25billion to shareholders over the past five years and has a target of increasing its dividend payments each year by at least the rate of inflation.  UU paid its Chief Executive Steve Mogford £2.8million last year.

The company has been hit financially by the cryptosporidium outbreak at Franklaw in Lancashire in 2015.  The outbreak left 700,000 people unable to drink tap water for three weeks and cost the company in the region of £20million in compensation and fines.

“Our members are asking whether they are being made to pay the costs of the company’s failings out of their pensions.  While executives and shareholders are doing nicely, attacks are being made on the staff who deliver an essential service to the public.  It is wrong that a public utility is being run in this way.”