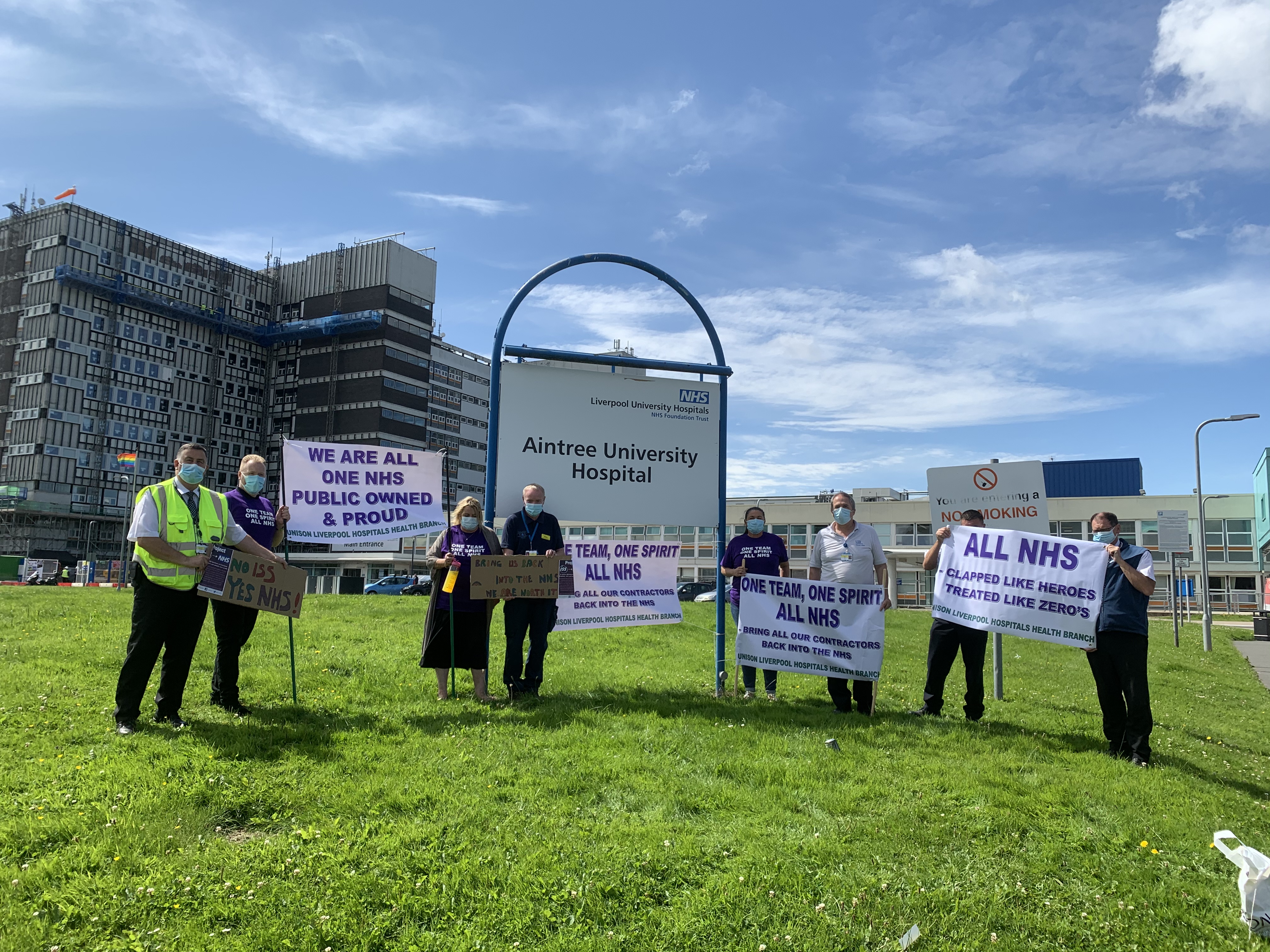 UNISON says that the hospital workers, who are employed by private contractors Compass Medirest, ISS and OCS, are at a disadvantage compared with NHS employees.

UNISON Liverpool Hospitals Health branch secretary Su Edwards said: “Our members do some of the most vital jobs within our health service. They cook patients’ food, keep the hospital clean and protect patients and staff.

“Yet currently, these health service heroes are being treated like second class citizens. There is only one way that companies such as Compass, ISS and OCS can make a profit within the NHS and that’s by cost-cutting. This means that hospital staff employed by private contractors receive lower pay and worse working conditions than colleagues employed directly by the NHS. It is morally wrong.

“But it’s not just hospital staff who are getting a raw deal. Compass, ISS and OCS prioritise profit over people- they bid for NHS contracts, then they cut costs and patients pay the price. If we brought these services in-house, we could deliver a higher quality service, with more staff on shift, better hospital food and safer hospitals.”

UNISON launched their campaign yesterday (Monday) by visiting the Royal, the Women’s Hospital, Aintree Hospital and the Walton Centre with banners and placards. Those taking part in the lunchtime events were a mixture of NHS staff and hospital workers employed by private contractors.

An unnamed Aintree Hospital worker employed by ISS said: “Like all of our health service colleagues, we’ve put ourselves at increased risk over the last few months keeping patients safe.

“We don’t want a medal, we just want to be treated equally with our colleagues who are employed by NHS. We deserve proper pay and working conditions so that we can deliver a high quality service for Liverpool patients.”

UNISON have written to the CEOs of the two NHS Trusts, calling on them to bring all outsourced services back within the health service. The union has also written to local MPs, the city Mayor and the Mayor of Liverpool City Region to ask for their support.