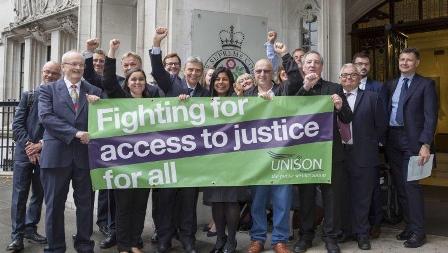 Last month, UNISON won a historic legal victory when the Supreme Court ruled that the coalition government’s introduction of employment tribunal fees was unlawful.  Under the fees regime which operated from 2013, workers who wanted to challenge their employer’s actions in court had to pay fees that could total as much as £1200.

During the period that the fees were in place, there was a 70% fall in the number of claims made against employers.

Jackie Houston, a Clinical Nurse Specialist from Greater Manchester and UNISON member, was recently able to bring a successful tribunal claim.  Jackie’s union paid her tribunal fees and arranged free representation by Thompsons Solicitors.  Jackie’s claim was for disability discrimination against an employer that withdrew a job offer from her because of a medical condition.  The claim was upheld by the tribunal and Jackie will receive compensation from the employer.

“I was at a very low ebb when the employer withdrew their job offer.  I have 30 years’ experience as a nurse and I knew I was capable of doing the job, but I was unwell and my confidence was badly knocked by the withdrawal of the job offer.  I had just moved house so I would have struggled to find the money to pay fees, and I didn’t have the self-confidence at the time to spend money on my own claim.  I wouldn’t have pursued the claim if I’d had to pay fees.

“I can only imagine what it was like for people who did not have a union to pay their fees and support them through the tribunal process.

“I think it’s great that UNISON challenged the government on this and that now all workers can access the tribunal without paying a fee.  It’s important that everybody has access to justice.” 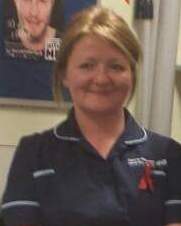