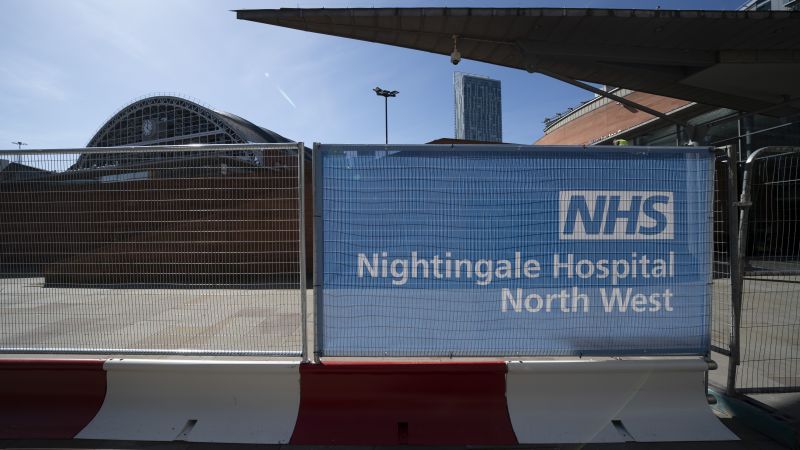 UNISON has uncovered the concerning news that some cleaners, porters, catering assistants and security guards at the NHS Nightingale Hospital in Manchester are receiving less pay from night and weekend shifts than their colleagues who do exactly the same jobs in other NHS hospitals.

The facilities management staff at the GMEX-based facility- who are at the forefront of efforts to stop the spread of coronavirus- are employed by private contractor Interserve rather than by the NHS.

Interserve are not paying staff the nationally agreed NHS rates for the job, meaning that the Nightingale North West's dedicated staff may lose out compared to NHS employed staff doing the same jobs elsewhere.

UNISON has repeatedly asked hospital bosses to top up the pay of any Nightingale Hospital staff who are disadvantaged by Interserve’s pay rates to ensure that they are not worse off than their NHS employed colleagues. These requests have been rejected by hospital managers.

UNISON Regional Organiser James Bull said: "Porters, domestics and security staff are already amongst the lowest paid workers in our National Health Service – and yet the work they do is absolutely vital to ensuring patients receive the best possible care in a clean, comfortable and safe environment. Their work has never been more important.

“The people who have answered the call to work for Interserve at Nightingale NW are exposing themselves to increased risk by cleaning clinical areas, supporting patients and providing vital services on the front line of this global health emergency. It's appalling to think that they may be short-changed for their crucial contribution to the national effort during this pandemic.

"The least they deserve in return is the same pay as an NHS worker in a hospital would expect under normal circumstances. Essential workers deserve respect- their pay should not be a lottery based on the hours they work.”