UNISON and Labour Working Together Against Cuts in North West Schools 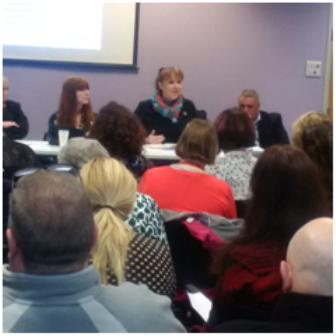 Angela, a former UNISON North West Regional Convenor, spoke about the importance of organising work in communities in the fight against cuts in school budgets.  This approach has worked in forcing the Government to back-track on plans to introduce greater segregation in our schools through more selection at 11 – and we need to be ready to resist the Government if they try again.

Angela spoke about Labour’s vision for a National Education Service, which could become as valued and loved as the NHS.

Labour’s approach contrasts sharply with the Government’s proposed cuts to school funding.   The cuts will affect schools and academies alike and will see schools lose £3bn a year in real terms by 2020 – you can find out how your local school fares under the Government’s new funding formula and contact your MP by visiting: schoolcuts.org.uk

“These proposals are going under the radar, we need to make parents aware of the detrimental impact they will have on their children’s education.  We need to work together to ensure any new formula is properly funded by national government and that it is fairly distributed.”

Funding cuts are already having an impact as schools plan their services  and budgets.  Has this affected your school yet?  If so, please contact UNISON directly with any examples at: [email protected] 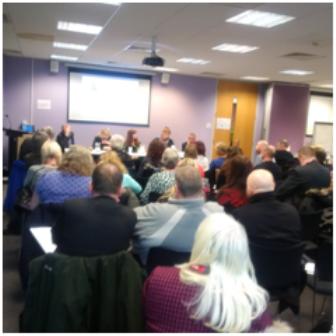