Unions, MPs and service users declare “Save Our Shops!” as Liverpool One Stop Shops threatened with closure 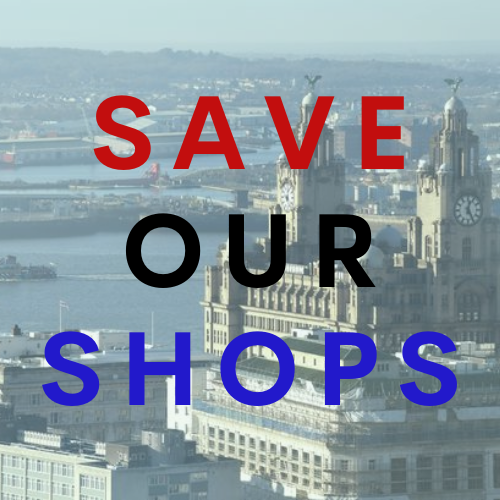 UNISON, the UK’s largest union, Liverpool MPs and local residents are today (Thursday) launching the Save Our Shops campaign in response to the potential closure of Liverpool’s One Stop Shops.

Liverpool City Council are currently consulting on a budget proposal which would see all four remaining One Stop Shops in the city closed. The consultation is open until 13 Feb 2021.

The shops provide a vital service to the residents of the city, supporting some of the most vulnerable members of the community to access vital public services. One Stop Shop workers deal with numerous public enquiries ranging from supporting local people with accessing housing benefit, to fielding questions about council tax, parking, bins and environmental health.

In 2019, the shops supported almost 160,000 local people including providing crucial assistance to those who cannot access support online and those who do not speak English as a first language.

Liverpool City UNISON Convenor Derry Whearty said: “Our four remaining One Stop Shops serve some of the most deprived communities in the country, with three out of four shops serving areas that are classed in the 0-1% most deprived areas nationally.

“Tens of thousands of people in our city are losing their jobs and struggling to get by as it is. This is the time when the One Stop Shops service will be more necessary than ever before. We must not abandon local people in some of the most deprived areas of the UK during the most challenging period of our lifetime.”

Kim Johnson, MP for Liverpool Riverside said: “Thousands of my constituents utilise the excellent support provided by One Stop Shop staff.  A very high proportion of service users are local residents who do not have English as a first language- One Stop Shops are a lifeline to these residents who would otherwise struggle to access key services.

“Without this service- local residents will all be expected to access services digitally. Yet 73,000 local residents are aged over 65 and many of these residents are not computer literate and have no access to broadband or the equipment needed. We must Save Our Shops.”

Lilyn Buffel, a One Stop Shop worker in Liverpool said: “We are all worried for the service users. It was only October when the service was cut from eight shops to four shops across the city.

“Without any permanent office for the residents of the City to go to for advice or with issues, in the midst of a pandemic- we are scared that local people will have nowhere to turn. We know that our service is essential- please support the Save Our Shops campaign.”

This proposal comes after the One Stop Shops service has been through a service review that was only signed off on 27 Oct 2020 and implemented in December 2020. That review saw the service lose 99.4 full time posts and resulted in the service reducing from eight shops in the city to four.

We understand that Liverpool City Council has some very difficult budgetary decisions to make. The city has been one of the worst hit areas in the country by the effects of over a decade of brutal austerity. There are no easy austerity cuts to make eleven years into a Conservative Government which has neglected local authorities such as ours. That being said, it is clear that the shops provide a lifeline to the community and we call on the council to save this service.

The Save Our Shops campaign has today (Wednesday) launched a petition which can be found here.

Paula Barker MP for Liverpool Wavertree has also offered her support to the campaign with a video which can be watched here.