Pressure is growing on Wrightington, Wigan and Leigh Foundation Trust to change course. 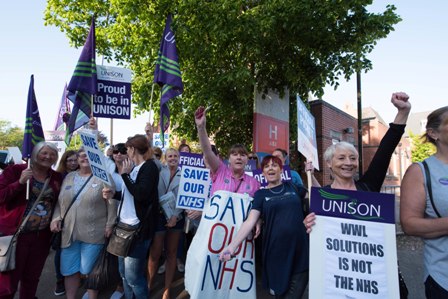 As a 48-hour strike comes to a close at Midnight tonight (Thursday), pressure is growing on Wrightington, Wigan and Leigh Foundation Trust to change course.

Cleaners, caterers and porters have been among the hundreds of staff who have taken strong and effective strike action across the borough’s hospitals, with well-attended picket lines at every site.  There has been vocal support from the public, colleagues and politicians for the striking workers’ campaign against outsourcing.

With the strength of feeling against the proposals to move 900 staff to a private company so evident, pressure is mounting on the Trust to scrap its hugely unpopular plan.

“There is phenomenal opposition to the Trust’s outsourcing plan and tremendous support for the staff who have taken strike action.

“The Trust has underestimated how strongly its workforce feels about their proposal and how important it is for them to remain as 100% NHS workers.  There is also political pressure for this plan to be stopped with Lisa Nandy MP giving strong public support to strikers and Jo Platt MP raising this in Parliament.

“Andrew Foster and the Trust Board now need to show some humility and leadership and withdraw this toxic proposal.  It is simply unacceptable to staff that they should be moved out of the NHS to a private company.   The Trust needs to find another way forward or risk entering a prolonged dispute.

“UNISON has given the Trust notice that unless there is significant progress, there will be a further 48 hour strike beginning at 6am on Friday 8 June.”

Carol, a domestic at Thomas Linacre Centre in Wigan, took strike action for the first time this week.  She said:

“I was a bit nervous about coming out on strike but we’ve all stood together and supported each other.  The response from the nurses and doctors and the public has been great.  We’ve had so much support. 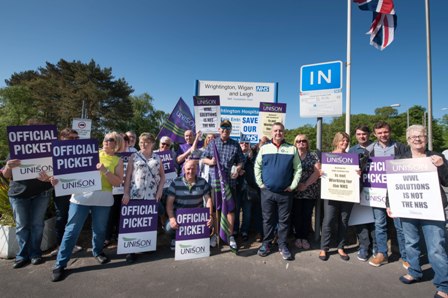 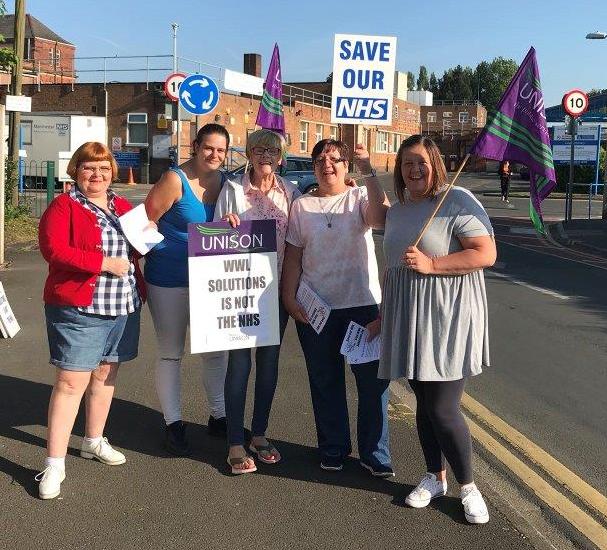 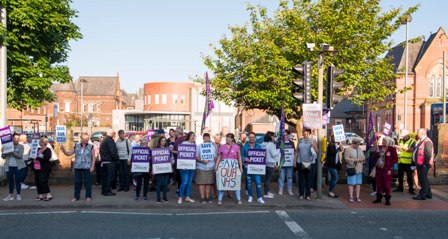 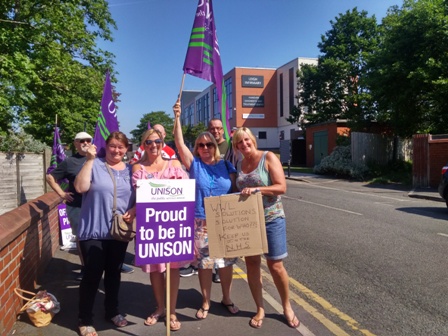 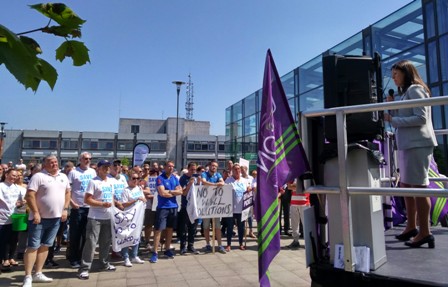