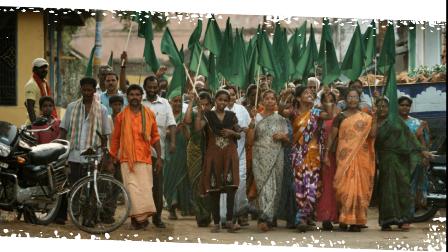 This Changes Everything is a film by Avi Lewis, narrated and inspired by the book by Naomi Klein.

The film presents portraits of communities on the front lines, from the Alberta tar sands to the coast of southern India.

Interwoven with these stories is Naomi Klein's narration, presenting the idea that we can seize the existential crisis of climate change to transform our failed economic system into something radically better.

The film screening is a joint event put on by UNISON North West and Global Justice Manchester.