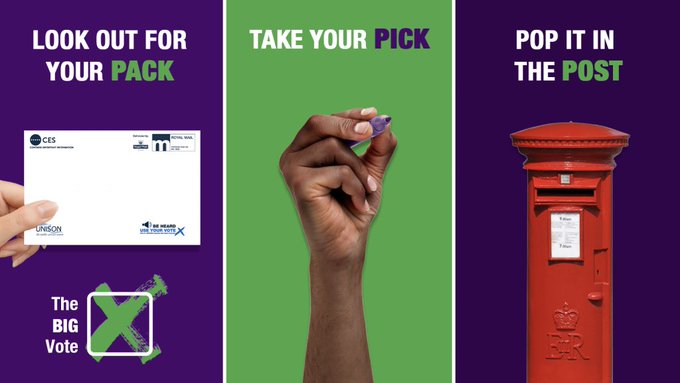 On this page you can find out everything you need to know about the big vote to elect the next general secretary of UNISON.

What’s it all about?

The general secretary election is your chance to vote to elect the most senior person in the union. Being a member, or retired member, of UNISON entitles you to a vote if you were a member on 28 July 2020.

Who is the general secretary?

The general secretary is the leader of our union and represents you and the other 1.3 million members of UNISON in meetings with politicians across the UK, in discussions with employers and when working with other trade unions. They speak up for you and are the public face of your union, in the press, on TV and on social media.

Why should I vote?

This is your chance to have a say in who leads the union and who represents all our members.  The election only comes around every five years so use your vote and make sure your voice is heard.

How do I vote?

The ballot opens on 28 October so please look out for your ballot paper, which will be sent by post to your home address.

This pack contains everything you need to cast your vote – a ballot paper, information from the candidates and a pre-paid envelope to post your completed ballot back (no stamp needed). So, look out for your pack, pick your preferred candidate and pop your ballot paper in the post.

The ballot is being run on our behalf by an independent organisation called Civica Election Services (CES).

Make sure you post your completed ballot in plenty of time to CES by 5pm on November 27. It will be freepost, so don’t worry about a stamp.

Your election pack will include the ballot paper, and the pre-paid return envelope. There will also be information about the candidates who are standing to be general secretary.

Who are the candidates in this election?

The following have been confirmed as candidates in the election to choose a new general secretary for UNISON. Their names are listed below in the order they will appear on the ballot paper and in the election address booklet.

Nominated by one service group executive, one regional council and 104 branches.

More about the election timings and procedures

A Q&A on the election for Activists