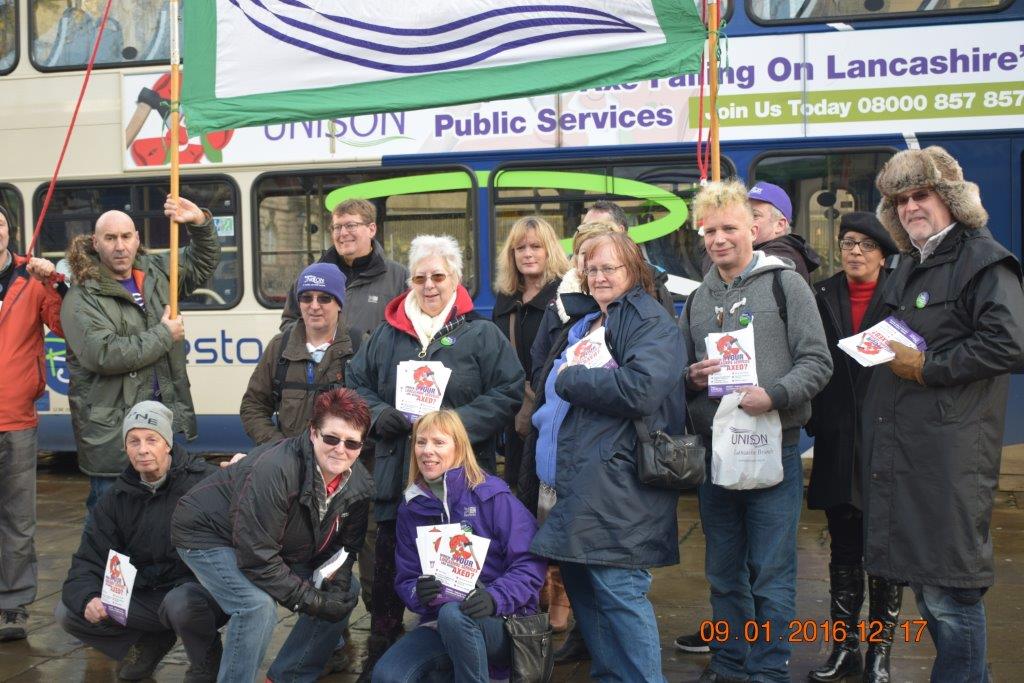 Activists from Lancashire  County Branch, Lancashire Police Branch , supported by those from Preston and Burnley LG Branches, took our message directly to the public to raise awareness of the coming cuts.

A key fear is that, despite the scale of the cuts since 2010, the public have so far been shielded from the full effect on front line services which is now coming following Government’s post election cuts. Many people may not miss the services until they are gone, and now is the time to speak out. Members of the public are urged to contact MPs and County Councillors to drive opposition to the Government cuts that will really hurt our communities.

The campaign will be touring the region in coming weeks with leafleting as follows:

The campaign will focus attention on the budget meeting in February . We want the 6 Tory MPs in Lancashire to challenge their own Government and Tory County Councillors to do likewise. We want the  County Council, which  opposes the Government spending cuts in principle,  to shout out loud warnings of the implications and to leave no stone unturned in resisting or mitigating these cuts.