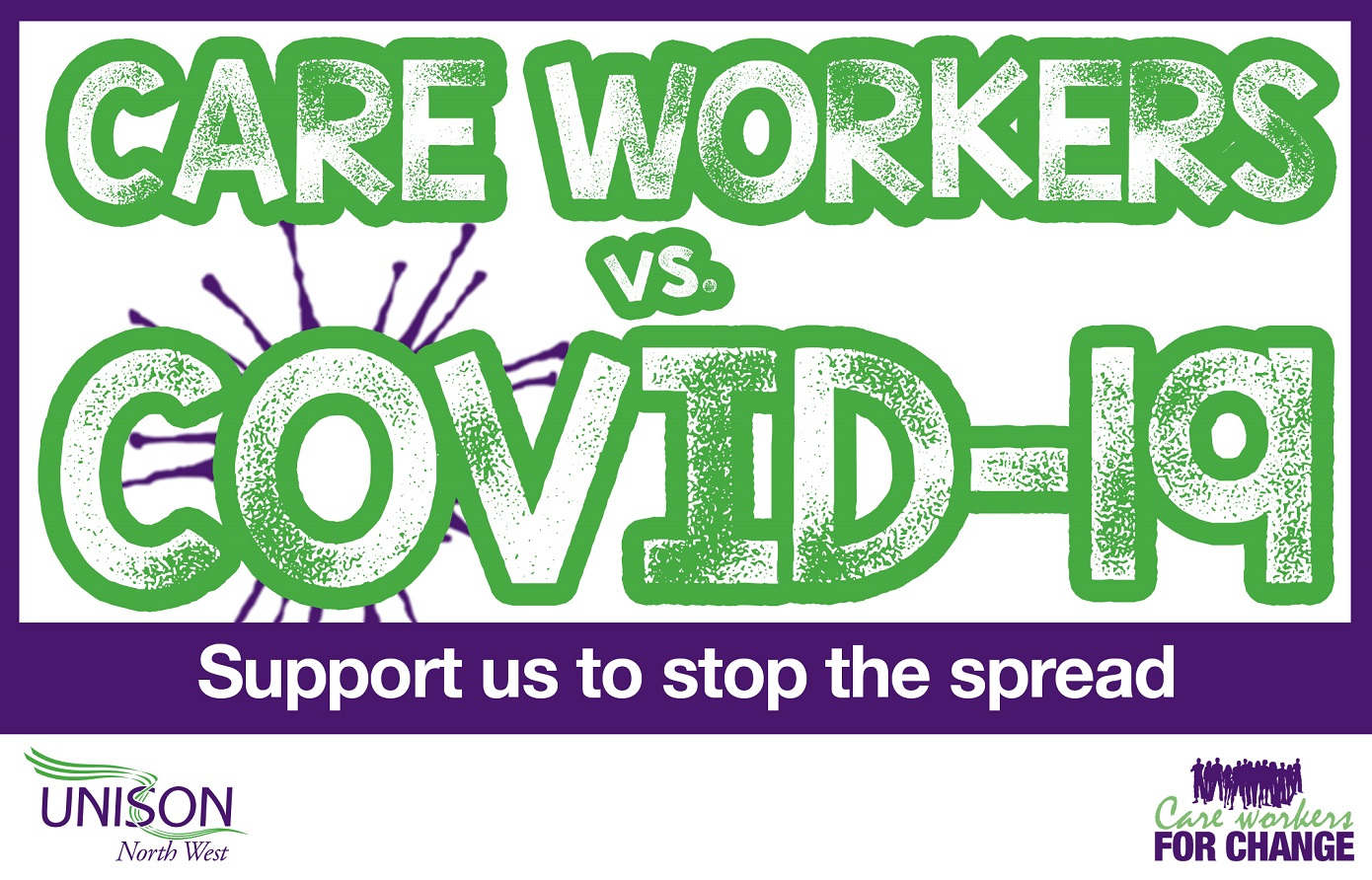 St Helens Council has been criticised by UNISON for not protecting care workers in order to stop the spread of coronavirus.

UNISON asked all North West councils to sign a pledge which guarantees sick pay and other protections for local care workers. St Helens Council is the only local authority out of the six which make up the Liverpool City Region which has not signed the pledge or agreed a similar sick pay scheme through negotiations with UNISON.

As the ‘R’ rate in the North West remains the highest level in the country, UNISON believes the council could do more to reduce the rate of transmission in St Helens.

Local care workers have told the union that they have been forced into poverty due to the lack of sick pay for staff who need to self-isolate or shield during the ongoing pandemic. Statutory Sick Pay (SSP) is just £95 per week and care workers told UNISON that this is simply not enough money to get by.

One St Helens based care worker said: “‘In March, I was off with suspected COVID-19. I asked my employer about what to do and they told me to self-isolate.

“I did so and we discussed options relating to sick pay or furlough. They took so long to decide that I ended up getting paid nothing, not even SSP. I lost 3 weeks pay and I struggled to pay my bills.”

Another St Helens carer said: “I haven’t got enough essential PPE at work. I’m struggling mentally as my children are at home looking after each other, whilst I work. I’m a single parent and I’m really worried about paying the bills if I do have to go off due to COVID-19 and only receive SSP.”

Another St Helens care worker told the union their story: “I have been caring for my husband since his return home from Whiston Hospital’s Intensive Care Unit in March.

“Because of the lockdown, there has been a lack of support for me as his only carer. This has put a great strain on me and on my husband as we have had no contact with anyone outside of our home, other than family members dropping food parcels off at the door.

“My husband was advised to shield throughout the entire lockdown period and he still needs my undivided care and attention. On top of all of our troubles that have come from my husband’s critical illness, I have now had trouble getting the correct pay from my employer.

“I have been giving in sick notes every 4-6 weeks and I was receiving SSP of £377 a month, which isn't a lot to live on. We are struggling financially, but to make matters worse, my employer underpaid me by around £177 pounds last month which put me under even greater stress.”

2800 care workers responded to a UNISON North West survey, which revealed the lack of support for care staff during the ongoing public health crisis. 8 out of 10 care workers surveyed believed they would not be paid their normal wages if they had to self-isolate due to COVID-19.

A large majority of the care workers surveyed by UNISON North West said that their employers were not doing enough to keep them and the people they care for safe.

"The reality is they are twice as likely to die from the virus than other healthcare workers. How much of that is because of inadequate PPE or a lack of sick pay that prevents them from self-isolating or shielding when they need to? No-one should have to choose between their own health or hardship.

“The Government’s new £600m Infection Control Fund provides funding which local authorities can use to ensure care workers get their normal wages if they have to self-isolate. In addition, it’s clear that social care workers are eligible for the Government’s job retention scheme if they need to shield due to a health condition. This means that the cost to St Helens Council of guaranteeing full normal pay for all care workers that are absent due to COVID-19 is significantly reduced.

"Ten councils across the North West have shown that it is possible to take action to protect the livelihood of our social care heroes, it's time for St Helens Council to step up and make the same commitments.”