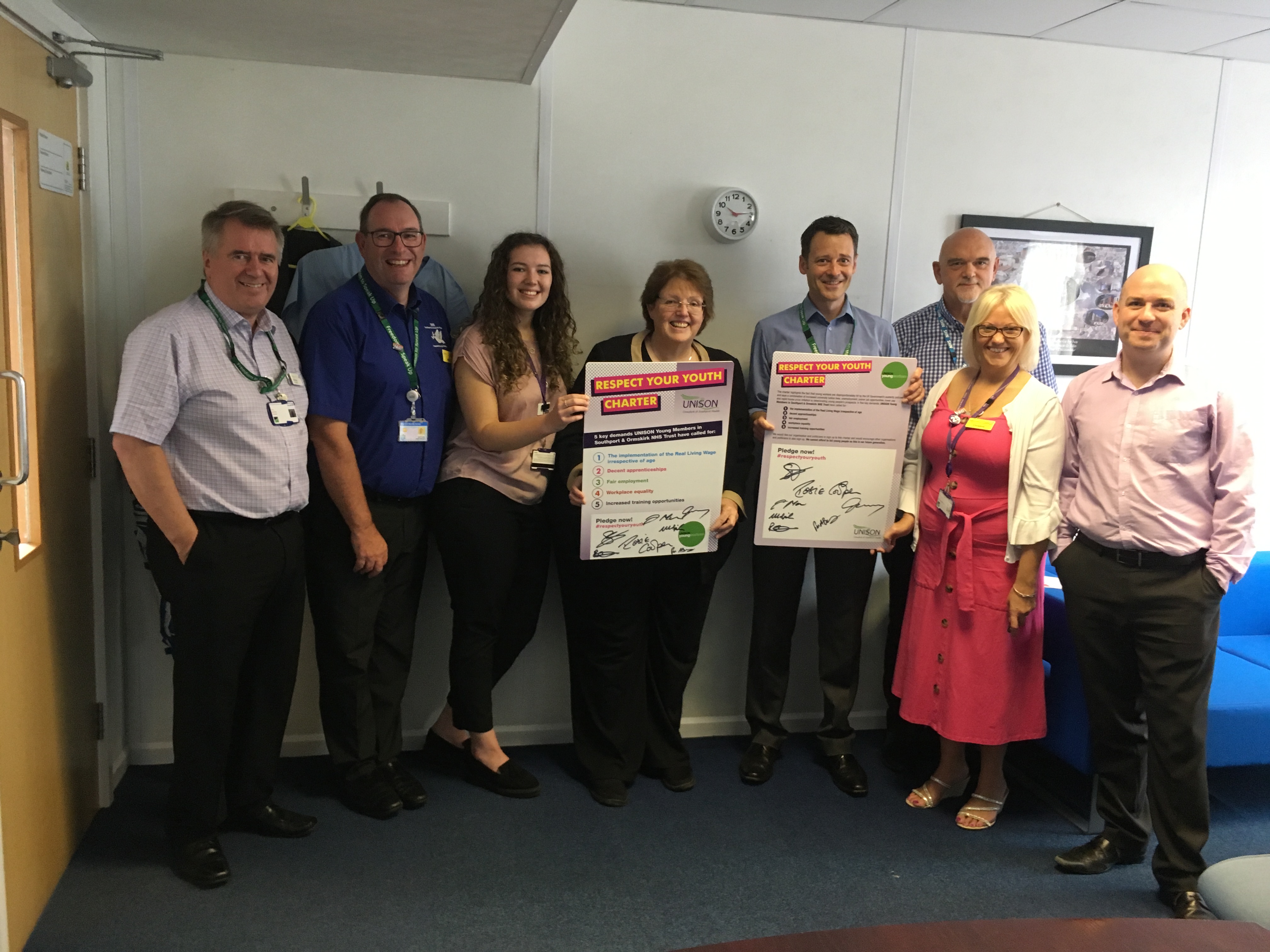 A charter that aims to make a difference to the quality of life of younger workers has been adopted by Southport and Ormskirk Hospital NHS Trust after a successful campaign by UNISON activists.

UNISON is lobbying all employers to sign the charter in an effort to combat discriminatory pay rates and deteriorating employment prospects for young people.

The Trust decided to adopt the charter after a campaign coordinated by branch treasurer and welfare officer Christine Moore, who has been enrolled in UNISON North West's pioneering Organising Academy since the beginning of this year.

The Organising Academy is a year-long programme designed to equip UNISON activists with the skills and support needed to make lasting change at work. Participants are then required to take their learning back to their workplaces and undertake an organising project.

Christine's organising project focused on increasing levels of union membership and activism amongst young workers within the Trust. It's clear that the project has made a significant impact within a short time. Christine has led on mapping the workplace in order to understand how many young people are employed by the Trust and where they are based. Recruitment of young workers has increased within the branch, which has also led to a rise in new joiners amongst other demographics. Arguably most crucially, the branch now has a young members self-organised group which meets monthly and is led by young members officer Lauren Spike. This vital organising work ultimately led to Christine and Lauren's successful campaign for the Trust to sign up to the Respect Your Youth Charter.

Christine said: "The Charter highlights the excessive hit which young people have taken during the austerity years and encourages employers to take practical steps to support and develop the future workforce.

"The Trust has made some positive steps already and the adoption of the Charter will make it an even better place for young people to work.

"I'm looking forward to working with the Trust and with our young members self-organised group to improve training for young people, particularly on the topics of equality, diversity and inclusion."

Commenting on the charter signing, Rosie Cooper MP said: “The charter highlights the fact that young workers are disproportionately hit by the UK government’s austerity policies.

“I’m delighted to work with the chief executive and staff at Southport and Ormskirk hospital together with UNISON to support our younger workers.”

The Trust employs nearly 3,000 people, mostly at Southport and Ormskirk hospitals, including more than 100 apprentices.