Rally for Grenfell in Manchester

This Wednesday at 6.30pm, Market Street 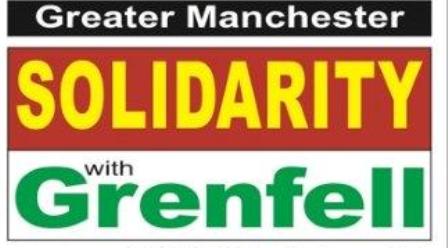 There is a rally in support of Grenfell residents at 6:30pm on Wednesday 14 February, Market Street, Manchester.

The event will consist of a silent candlelit march led by people walking in single file, carrying placard size photos of those Grenfell Tower residents who died in the tragedy.

The march will proceed at 6.30pm (prompt to coincide with the March in Grenfell itself) from the covered area outside Boots, Market Street along Market Street to the statue in Piccadilly Gardens where there will be a minute’s silence.

There will be speeches by Grenfell residents Joe Delaney and Jacqui Haynes, Karl Sorfleet from the FBU and Kevan Nelson, Regional Secretary of UNISON North West. 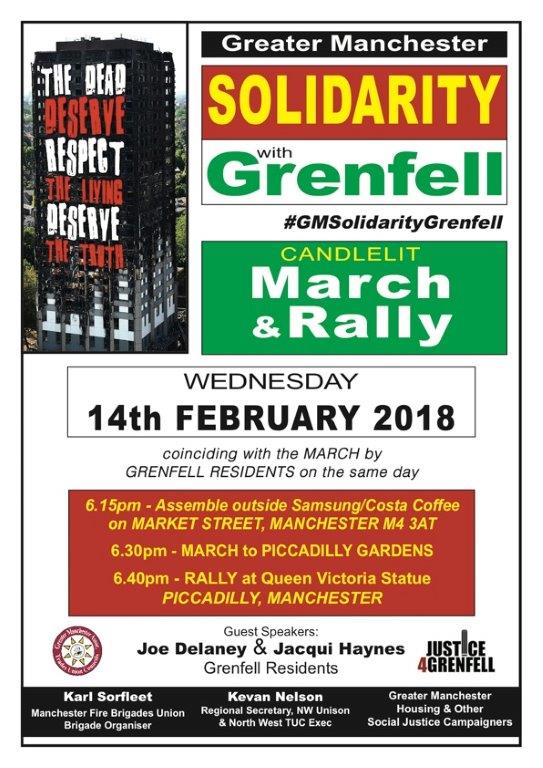