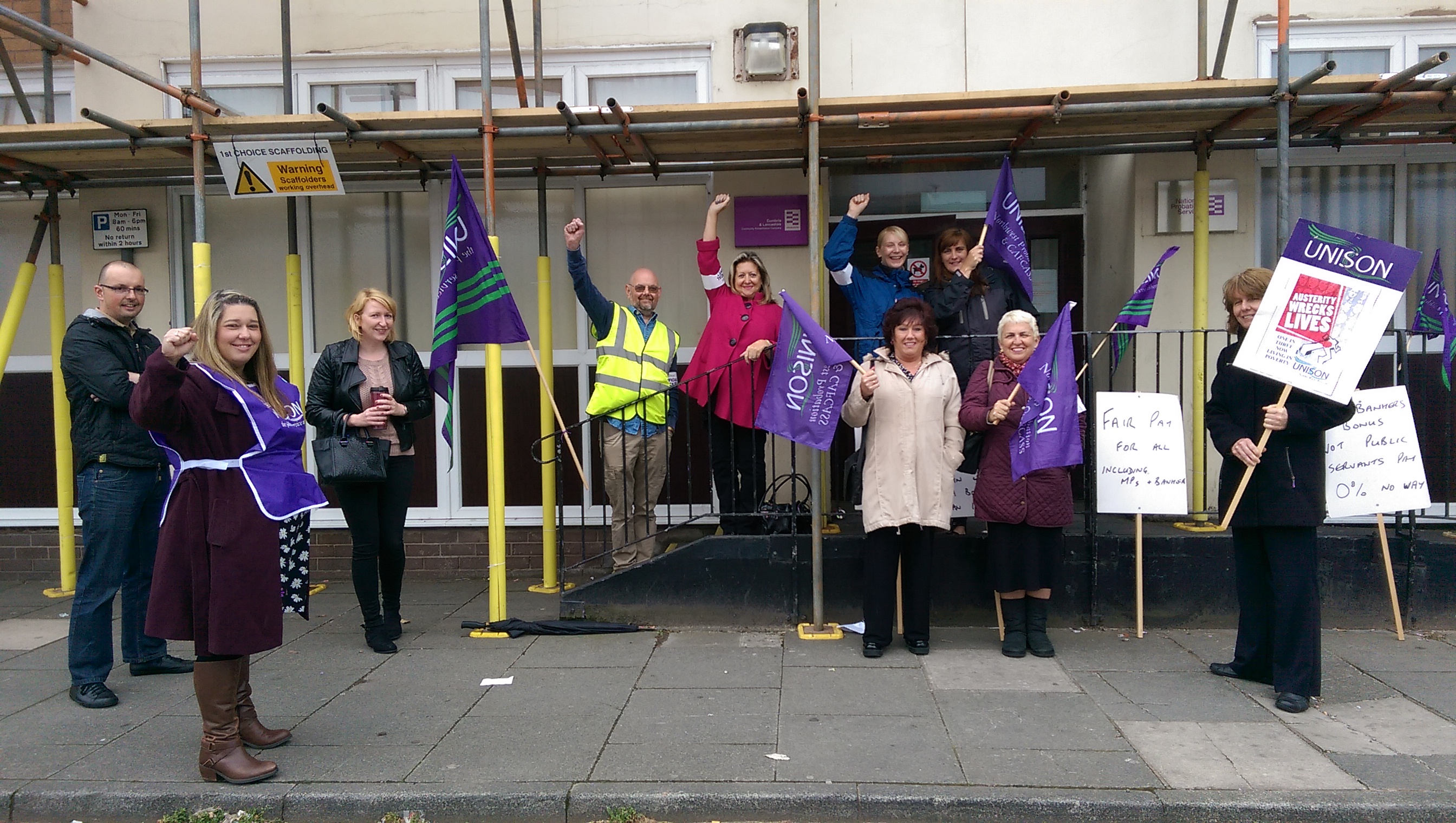 All UNISON members working for the National Probation Service and community rehabilitation companies in England and Wales are taking strike action today.

The three-hour strike – their second –  will be followed by two and a half weeks of action short of strike, with members working strictly to their contracted hours.

This protest follows an earlier strike on14 July, over the 0% pay offer for 2014.

Since that strike, the employers have walked out of ACAS pay talks, sparking the new action.

“UNISON had hoped that the intervention of ACAS in the pay dispute would have led to proper negotiations with the employers, who up to that point had simply not been prepared to reconsider their insulting 0% pay offer,” said national officer Ben Priestley.

“We went into the ACAS talks with an open mind and ready to reach a negotiated settlement to this long-running dispute.

“But when the employer walked away from the talks, UNISON’s national probation committee considered this a provocative action that left the union with no choice but to call further strike action.”

Members are angry about the 0% offer for 2014 and over the way the service has been split into two, with the provision for low-risk offenders being sold by the government to private companies.

To date, the employers have refused to include members in the privatised community rehabilitation companies in the pay talks.

From 15 September to 2 October, members will be asked to work strictly to their contracted hours.

”The first strike sent a very clear message to the employers that UNISON members are serious about getting a decent deal on pay for 2014,” said Mr Priestley

“By taking this further three-hour strike and following it with action short of strike, we want to show them that they must come back to the negotiating table.”