“Staff are really encouraged by the support they have received from the public, local politicians, Jeremy Corbyn and the wider trade union movement." 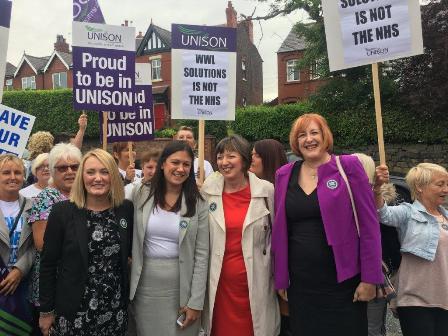 UNISON members took part in a second 48 hour stoppage at Wrightington, Wigan and Leigh Trust on 8-9 June.  Porters, domestics and catering staff are amongst those who are threatened by Trust plans to move them to a new private limited company.  Staff are striking to protect their terms and conditions and the living standards of future generations of hospital staff, and to keep the NHS team together.

There were again strong picket lines across the Trust’s hospitals.  The resolve of staff has only been strengthened by the insults and accusations that were made during the action in May.

A march through Wigan centre on Saturday was well-supported by the public, and the rally was addressed by striking staff and the President of the Bakers’ union Ian Hodson.

On Sunday, a group of staff had the opportunity to meet with Labour Leader Jeremy Corbyn, who gave his support and encouragement.

“The Trust Board can be in no doubt about the staff’s resolve to stay in the NHS.  Staff have not been cowed by the attacks made on them, and are more determined than ever.

“Staff are really encouraged by the support they have received from the public, local politicians,  Jeremy Corbyn and the wider trade union movement.  This is becoming a dispute of national significance and workers in Wrightington, Wigan and Leigh are winning praise and support from across the country for the stand they are taking.

“Staff are willing to intensify their campaign and take prolonged strike action if necessary. The Trust’s outsourcing plan is simply unacceptable and Andrew Foster and the Board can’t continue to bury their heads in the sand.” 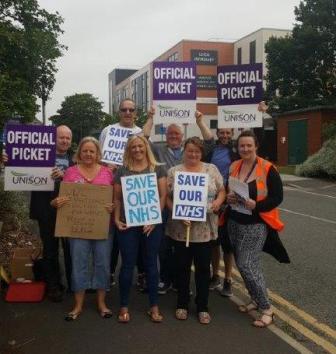 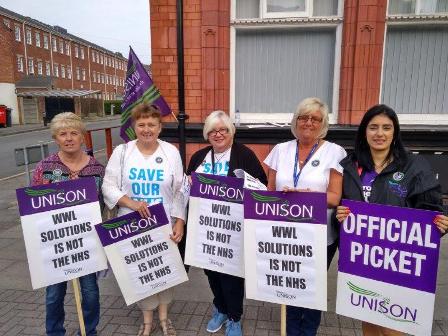 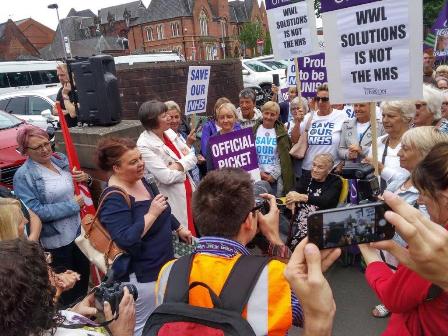 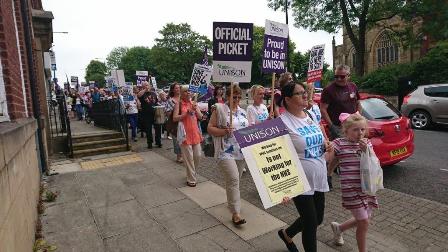 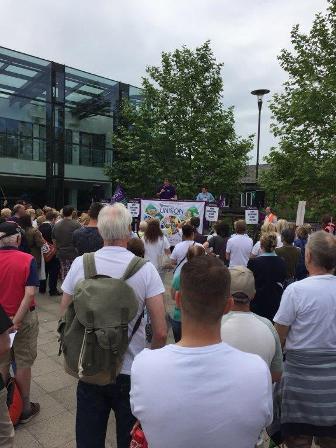 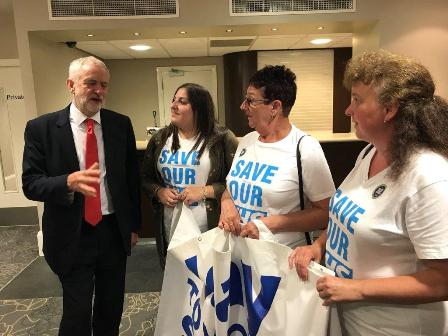