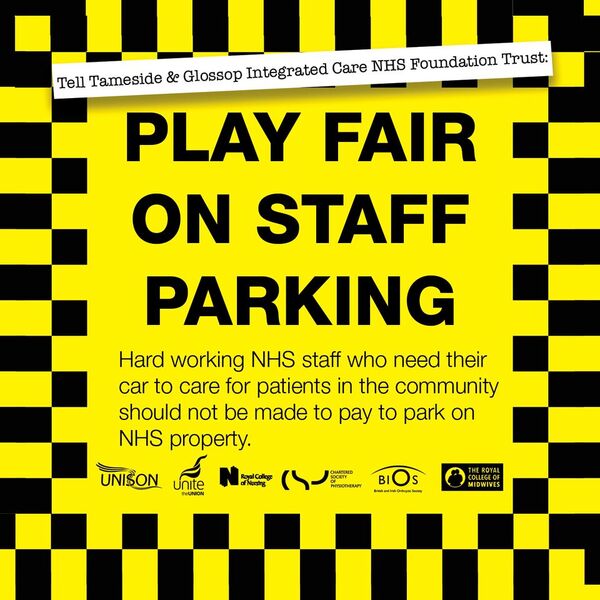 As you may be aware, there has been a proposal for car parking charges to be introduced to those staff working in the community for whom having a car is an essential part of their role - due for implementation on 1st April 2018.

The Trust has attempted to justify this as provision of equity across hospital-based and community staff. The joint trade unions have raised numerous arguments against this plan and have been specific that employees who are required to use their car as a vital part of their job should not then be expected to pay to park their car at work, it has been explained to the Trust that asking staff to do this would be akin to renting pens to staff.

Sign the petition below and show your support for our campaign:

“We, the undersigned believe that it is unjust for Tameside & Glossop Integrated Care NHS Foundation Trust to charge NHS staff whose cars are an essential requirement of their role to park on NHS premises”.