UNISON North West welcomes Oldham Council's 22/23 budget proposal, which will ensure that all workers commissioned by the local authority- including over 4000 care workers- will be paid at least the Foundation Living Wage. 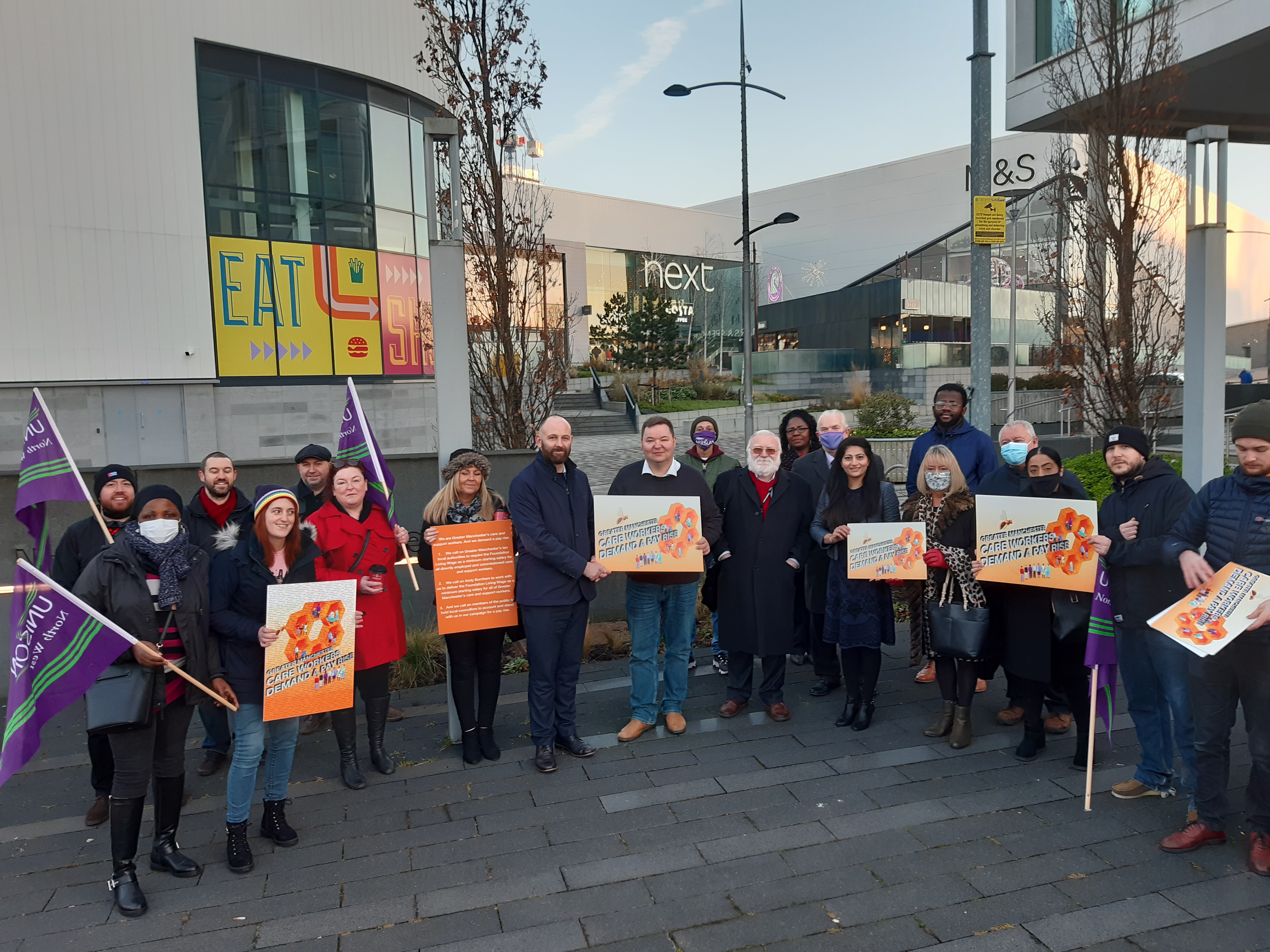 The Council's announcement reads: "That's why this year, despite the harsh financial climate we find ourselves in we are using 1% of this year’s proposed Council Tax rise to pay the Foundation Living Wage to all of our carers, whether directly employed or in the care supply chain.

UNISON Oldham Local Government branch secretary Tracy Delaney said: “We welcome Oldham Council’s vital decision to uplift the wages of the lowest paid key workers within our borough. Care workers have worked on the frontline throughout the pandemic to look after the elderly and disabled in Oldham- they deserve a wage which allows them to provide for their own families. This is a big step in the right direction for Oldham.”

UNISON North West regional organiser Dan Smith said: “Care workers and UNISON members across Greater Manchester have come together to demand that they are paid the Foundation Living Wage for the critical work they do in our city. It is commendable that Oldham Council has listened and prioritised the pay of the city’s frontline public service workers. We call on all Greater Manchester councils to follow Oldham’s lead and ensure that all care workers- whether directly employed or commissioned- are paid at least the Foundation Living Wage."