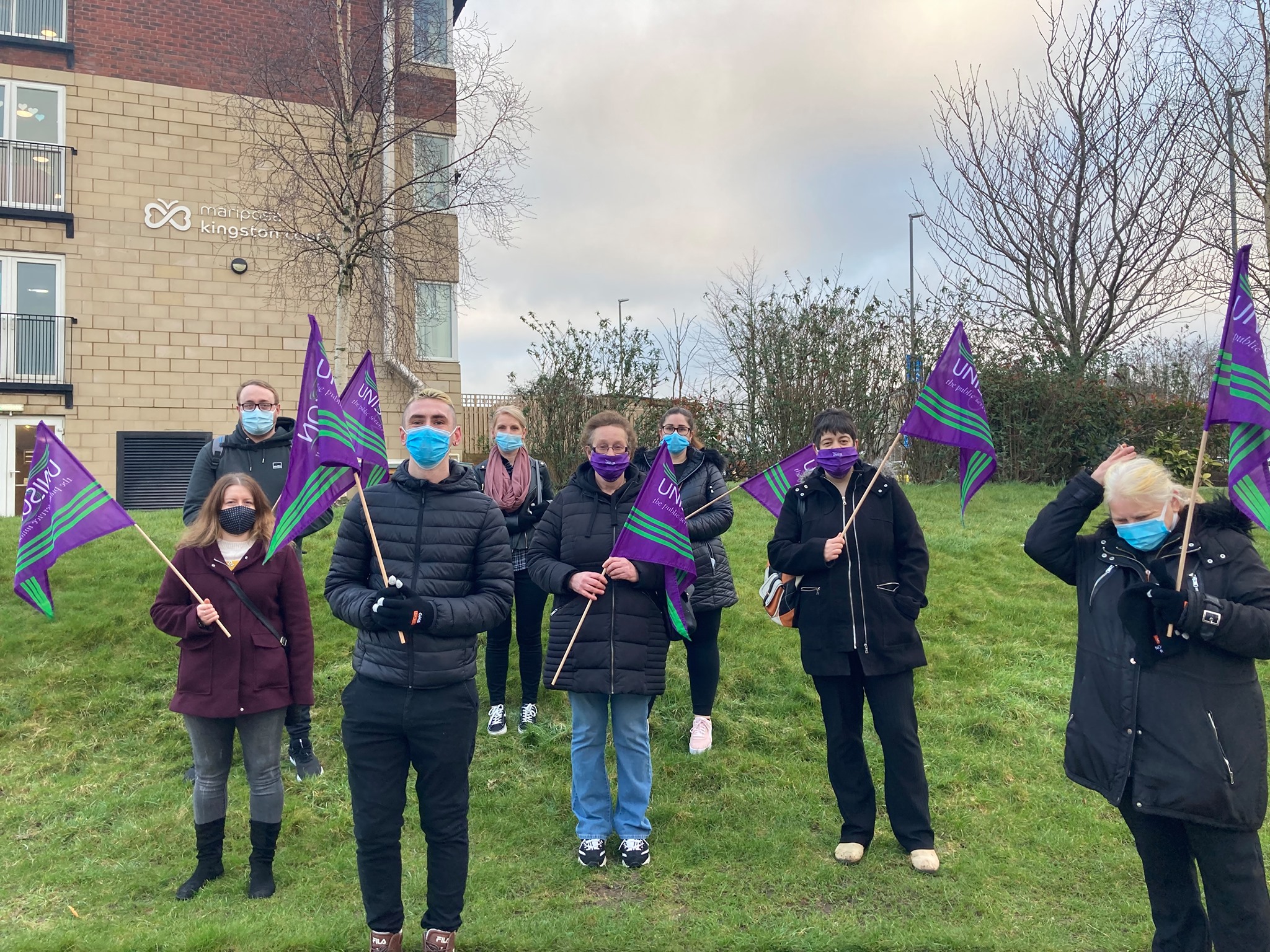 The hospital workers have today (Thursday) announced that they plan to take a further three days of strike action, beginning on Friday 26 March.

And now North Cumbria Integrated Care NHS Trust (NCIC), Health Management Carlisle (HMC) and Mitie have come under political pressure for their role in the ongoing row over pay. Cumbria County Council Leader Stewart Young has waded into the debate to call for a resolution to the dispute.

NHS workers receive enhanced rates – such as time-and-a-half and double time – for working at unsocial times such as weekends or through the night.

But trade union UNISON discovered that the Cumberland Infirmary staff have not received the payments for over ten years, leaving them significantly out of pocket.

Councillor Stewart Young, Labour Leader of Cumbria County Council said: “I have been following this issue closely for several months now, and I was saddened to see it result in strike action, with the potential for further strike action in the coming weeks.

“These switchboard workers, cleaners, catering staff and porters are the lowest paid at the hospital; yet they are a vital component of its operation, as they have demonstrated throughout this pandemic.

“When the public took to their doorsteps to clap for NHS workers, it was as much for them as it was for the doctors and nurses; and I believe there is a moral obligation on the Trust, HMC and Mitie to resolve this issue.

“All staff working 24/7 at the Cumberland Infirmary are deserving of equitable unsocial hours rates of pay, and I join the call in asking for resolution before further strike action is required.”

UNISON North West regional organiser David Atkinson said: “We are pleased to see that regional political leaders have called upon NCIC, HMC and Mitie to resolve this dispute by paying our hospital workers what they are owed.

“Ultimately, the ‘substantial sum’ purportedly handed over by the Trust to HMC is taxpayers’ money. Local people have a right to know what has happened to this money and it is only right that the Trust, HMC and Mitie are subject to political scrutiny over this issue.

“This group of health workers are determined to secure fair treatment after what they have been through this year. They are set to strike again later this month, but all of this could be avoided if we received a written guarantee that they will receive unsocial hours payments going forward.”