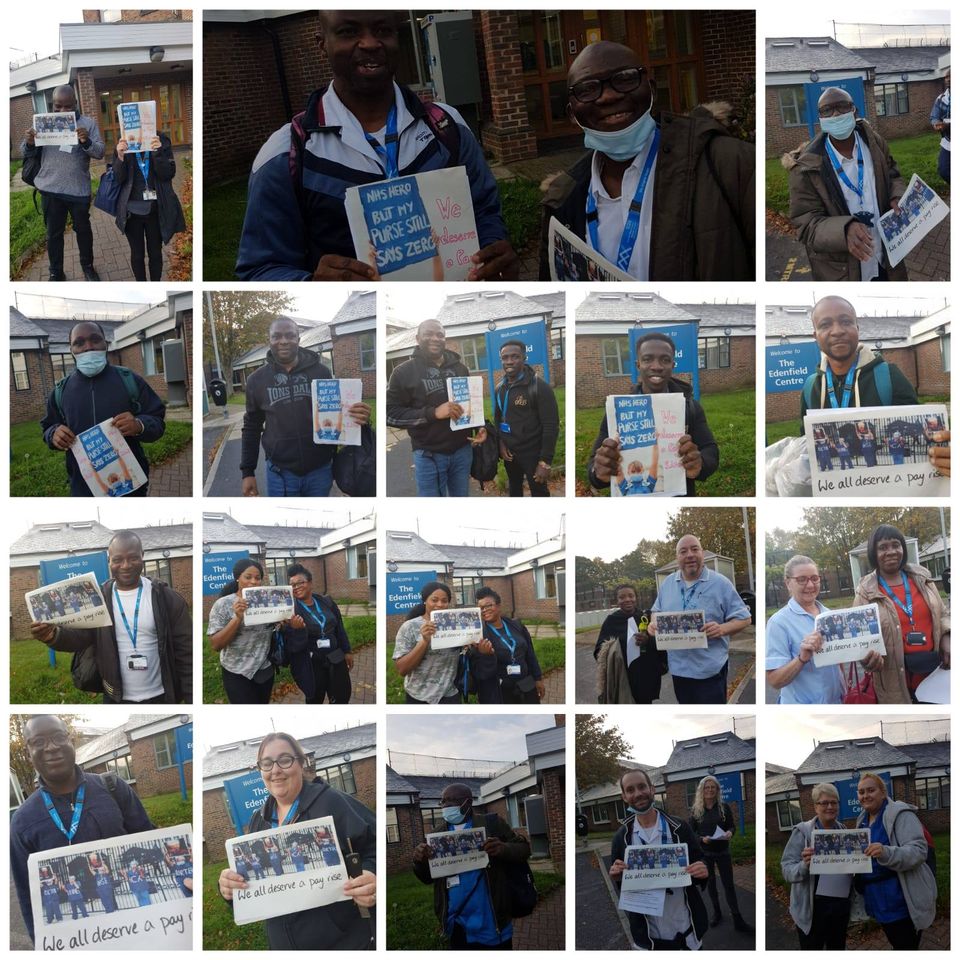 Health staff across the North West of England – including nurses, paramedics, cleaners, domestics and porters – are beginning two days of campaigning today (Thursday) urging the government to give an early, significant pay rise of at least £2,000 to every worker in the NHS.

Staff in UNISON branches based in NHS hospitals, ambulance stations and clinics will be using social media and taking part in socially distanced events to press home the message that health workers deserve much more than applause for their efforts during the pandemic.

Health workers know the public backs an early NHS pay rise, but now want to see the government show its appreciation for staff by bringing forward the pay rise due in April.

UNISON’s pay claim – delivered to Downing Street last month – would see every NHS employee receive an increase of at least £2,000 by the end of the year.

This early wage increase – equivalent to around £1 an hour extra for all staff – could give ailing local economies a much-needed boost as workers spend the extra money in their pockets on the high street, says UNISON.

With the arrival of autumn, and the increasing rates of infection, UNISON believes now is the perfect time for the government to show the high regard in which ministers say they hold NHS staff.

Karen Kearney is a bereavement officer at Liverpool Heart & Chest NHS Foundation Trust, giving advice to doctors and families when a patient dies. During the pandemic, her trust was taking overspill COVID-19 cases from other hospitals, as well as treating cardiac patients, meaning she was usually working seven days a week with days off only when cover was available. Karen said:

"Visitors weren't allowed so patients had to come into hospital alone. Often the last time people saw their loved ones was when they came in poorly. It was very difficult and emotional work.

“The government briefings were all about 'we love the NHS'. And not so long ago, people were cheering for us. But now there's this sense we've been forgotten about now we've done our 'duty'. A pay rise is long overdue and is needed now."

Michelle Tymon is a domestic at Blackpool Victoria Hospital. She is employed by a private contractor rather than directly by the NHS. Michelle said:

"During the first few months of the pandemic, I was frequently working in the isolation ward for COVID-19 positive patients. We had to wear the full PPE with masks and gowns. Our job is hard enough as it is, but our shifts became even more physically draining. We were tired, hot, and sweaty.

“I really felt for the nurses and doctors who had to work longer shifts than us in the full PPE. We would all finish our shifts feeling exhausted. I often saw front-line nurses in tears outside the hospital.

“All NHS staff deserve a proper pay rise as soon as possible and health service workers employed by private contractors like me deserve to be included. We keep the NHS running."