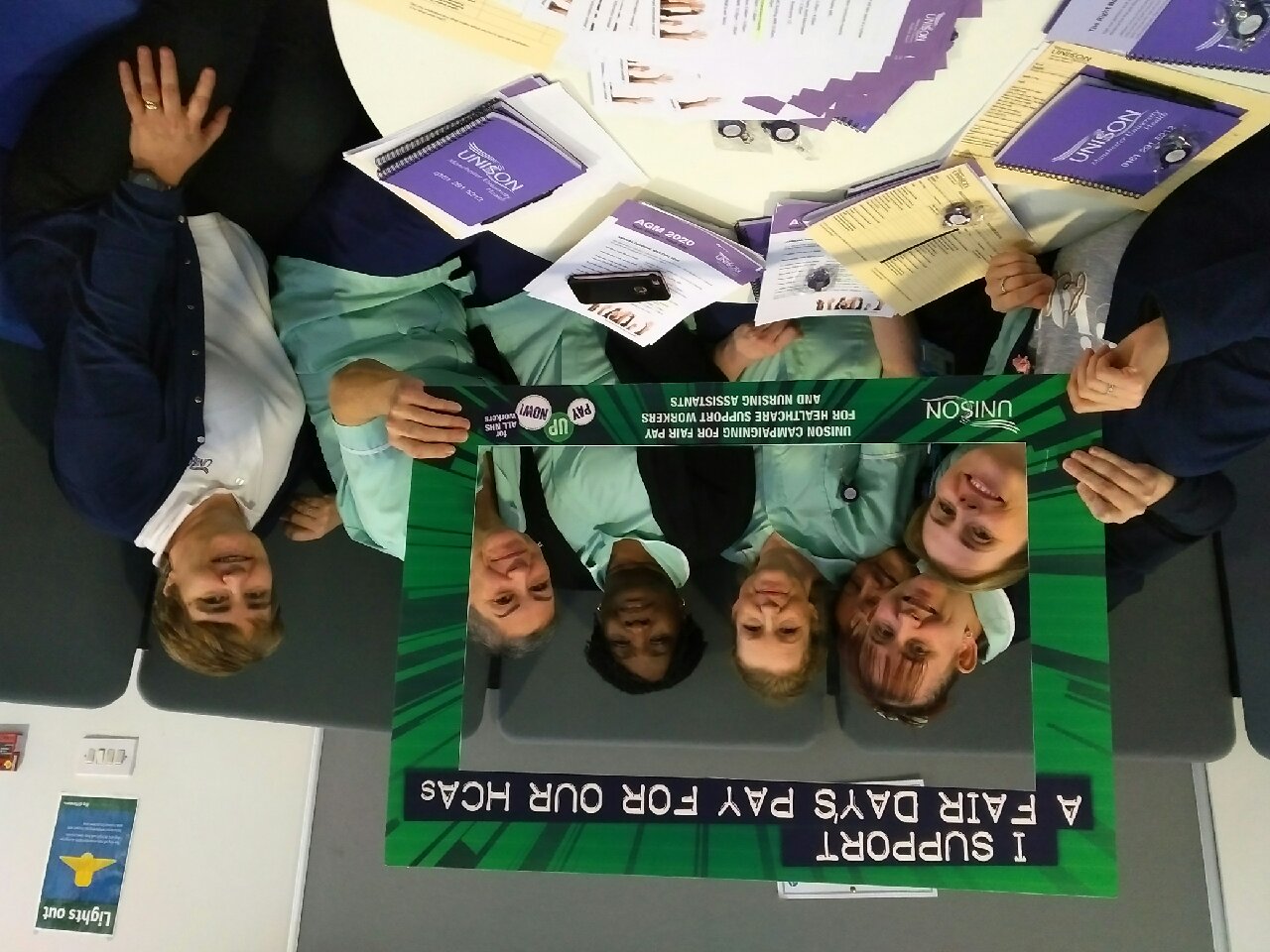 Healthcare Assistants (HCAs) at three large NHS hospital trusts in Greater Manchester have taken a significant step towards resolving a long-running dispute about their pay.

The thousands of hospital staff affected are working to contracts that mean they should provide personal care such as bathing, feeding and toileting patients, which should be paid at NHS Agenda for Change band 2 level.

However, they are often expected to perform clinical duties including taking and monitoring bloods; carrying out electrocardiogram (ECG) tests; venepuncture; escorting patients unaccompanied; complex dressings; cannulation and recording patient observations, which should be paid at band 3 level.

The agreement will mean that HCAs who have been historically underpaid should receive back-pay from April 2018, as well as providing them with an opportunity to be placed in a higher paid role.

The deal will mean hundreds of healthcare assistants across the three organisations could receive significant amounts of back-pay if eligible.

A joint statement from the NHS Trusts and UNISON North West said:

“UNISON and Trust management are pleased to confirm that a framework has now been agreed and accepted to address the issue of HCAs who are working at a higher level but who may be currently being paid at the wrong grade, to ensure HCA staff are appropriately banded. HCAs, who can demonstrate they have been working at Band 3 level but are currently being paid at Band 2, will be regraded with back pay in accordance with the agreed framework and with their service recognised.”

UNISON representatives welcomed the deal but stressed that many HCAs in other hospital Trusts in Greater Manchester still face the issue of being underpaid at the wrong grade for the work they do.

"This is a huge step forwards in recognising the essential clinical duties Band 2 HCAs have been doing for years through sheer goodwill alone.

“We must ensure that all three NHS Trusts honour their commitment and implement the framework agreement in partnership with UNISON."

A UNISON member working as a healthcare assistant in Wigan, Wrightington and Leigh said:

“All of us HCAs are very compassionate about what we do, we all love our job and we value our patients very much. This proposal is a good start, it is all about acknowledging us as HCAs and the skills we use.”

Another UNISON member working as a healthcare assistant in Wigan, Wrightington and Leigh said:

“I feel happy that our services that we provide day in, day out are finally being recognised. We come in to work day after day and go above and beyond our job roles- putting the patients first is our number one priority.”

“HCAs, who have been on the front-line of the coronavirus pandemic, have campaigned hard for the recognition they deserve and are entitled to. By combining their voices through their union, they have now been listened to.

“HCAs who have worked tirelessly to deliver outstanding care in the most challenging of circumstances will no longer be out of pocket whilst delivering vital clinical care.

“We would like to thank the three Trusts involved for their constructive approach to resolving this issue over the past three months. The agreement shows that pay justice for some of the lowest paid staff in the nursing team is possible.

“Other NHS Trusts in Greater Manchester who have turned a blind eye to staff being expected to work at a higher level than they are being paid for must now take note and follow suit. We call on all North West NHS Trusts to hold meaningful discussions with UNISON representatives about how we can look to implement this framework to resolve this problem elsewhere.”