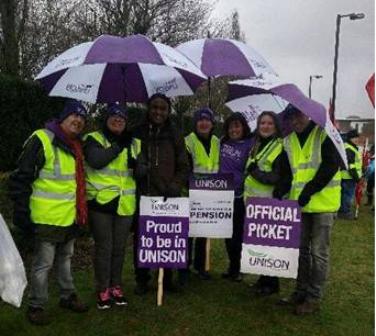 The Chair of the influential Work and Pensions Select Committee has questioned whether United Utilities should be able to take money from water workers’ pensions in the North West to fund dividends for shareholders.

Frank Field MP has written to the water industry regulator Ofwat to ask for their response to concerns that United Utilities and other water companies are abusing their “privileged position” as “natural monopolies” to prioritise high dividends for “already well-rewarded shareholders”.

Hundreds of water workers recently took strike action for the first time since 1992 over United Utilities’ controversial plans to cut their staff pension scheme.  Workers from across the North West who repair pipes, treat waste water, and resolve queries from the public took action in March.  Bosses have so far ignored the workers’ concerns by imposing cuts to the staff pension scheme from April 1st.  Unless this is changed, younger members of the scheme stand to lose as much as £10,000 per year of their guaranteed income in retirement.

The United Utilities scheme has a surplus of over £200million.

“The water industry provides a key public service and it should be operated in a way that is accountable to the public.  Instead, United Utilities bosses seem to be only concerned with their shareholders and their own high salaries.

“In a natural monopoly like water, there’s no real risk for investors and no particular talent needed from executives to turn a profit.  High dividends and executive salaries are simply not justified.

“This grab on the retirement incomes of water workers is unfair and unnecessary. There is a need for effective intervention to stop companies like United Utilities being able to operate in the interests only of a greedy minority.”