Tell the Tories to Pay Up Now! 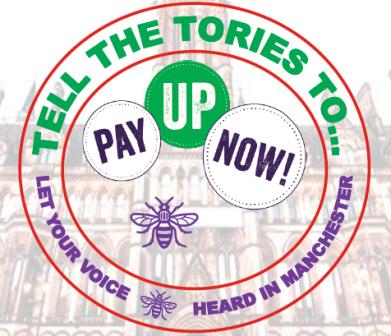 With the Conservatives in Manchester, we have a chance to give them a clear message from public service workers in the North West – Pay Up Now!

The UNISON section of the march will be assembling on Liverpool Road from 1pm, with the march due to depart from 2pm.

There are speakers in Castlefield Arena from 12noon.

There is a map of the route and other information on the People’s Assembly website.

See you on Sunday!