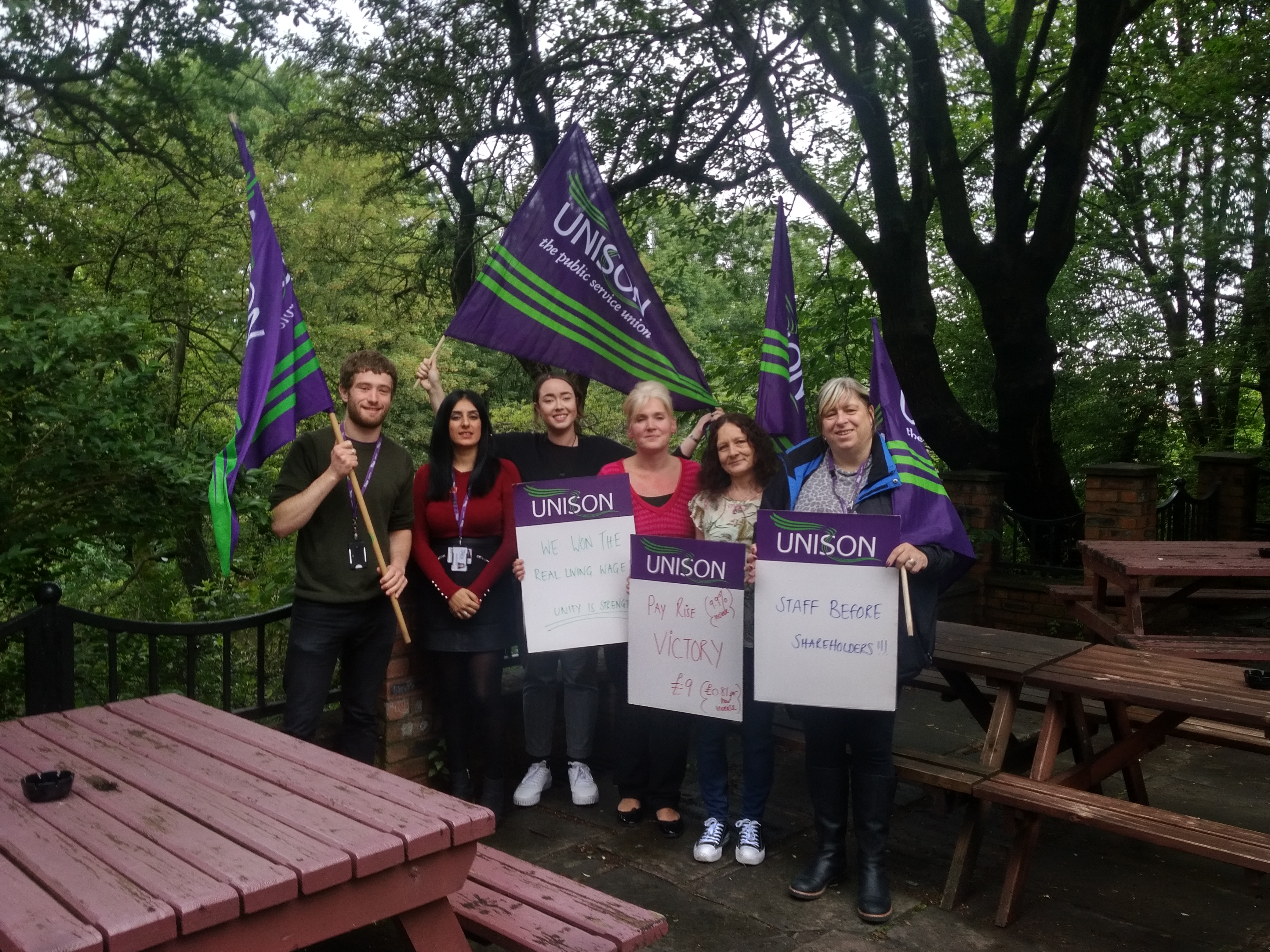 80 staff employed by the multinational outsourcing company Compass at the University of Salford have won their campaign to be paid at least the real living wage of £9 an hour.

UNISON members working in catering on University premises launched their campaign earlier this year. The University of Salford is a Living Wage Accredited employer and the terms of the accreditation state that all directly employed and regularly contracted staff should be paid the current rate of at least £9 an hour. In spite of the University’s public commitment to fair pay, Compass is currently paying University catering staff the National Minimum Wage of £8.21 an hour.

“We work hard supporting University students, staff and visitors and we were shocked to learn that all staff working at the University should be paid the real living wage. We raised concerns with Compass through our union UNISON and we’re delighted to be winning a well-deserved pay rise.”

“This pay rise will make a big difference to me and my family. The extra money will mean that we can go on holiday, or save some money every month. We’re all really pleased.”

“This is a very significant victory for UNISON members working for Compass in Salford. The extra £1500 per year will make a huge difference to catering staff who were previously paid the bare minimum. Catering staff at the University should not be treated as second class citizens with worse pay and conditions than staff directly employed by the University.”

“The University of Salford has done the right thing by committing to fair pay through Living Wage accreditation. Compass is a multinational corporation which made £1.7bn in profit last year alone so it’s only right that they pay their hard working staff enough to get by. A company whose CEO earns almost £5m per year has no excuse for paying their staff anything less than the real living wage.”

“The pay rise is testament to the bravery and determination of UNISON members at the University of Salford who stuck together and demanded fair pay for the job. We will continue to monitor the situation to ensure that Compass staff at Salford receive annual living wage increases in line with the University’s accreditation.”

“This is a fantastic victory but it’s one these UNISON members should never have had to fight for. Staff morale has been rock bottom ever since these services were outsourced. This is another example which just shows that outsourcing isn’t always the answer and cheapest is not always best.”