Liverpool Rally at the Royal

Rally calls for funding boost for the NHS 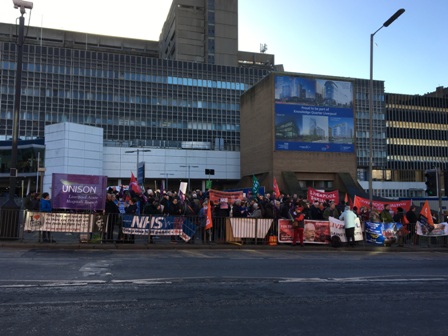 Patients, healthworkers and members of the public joined a lunchtime protest at Liverpool Royal Hospital on Friday (2 February) to show support for the NHS.

UNISON activists and members joined the ‘Rally at the Royal’ along with campaign groups Health Campaigns Together and Keep Our NHS Public Merseyside.

The demonstration called for more funding for the NHS, a pay rise for staff, and an end to cuts and privatisation. 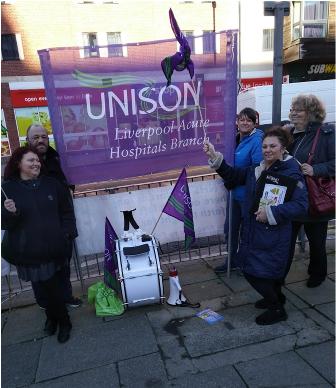