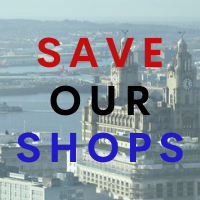 UNISON members in Liverpool One Stop Shops have agreed proposals that retain a permanent One Stop Shop presence and secures jobs going forward, whilst enabling Liverpool City Council to achieve a balanced budget.

The proposals secure a vital and much valued service, extending the One Stop Shop offer to more communities in our City, an outcome of which UNISON Liverpool City branch are particularly proud.

This successful outcome has been achieved only through patient and constructive dialogue between UNISON and Council officers.  We are extremely grateful to the Acting Mayor, Wendy Simon, for facilitating those discussions and her efforts in helping to achieve this positive outcome.

UNISON Liverpool City branch recognises that the Council continues to face a difficult financial situation as a result of successive funding cuts by central government. As a trade union we remain committed to doing all that we can to campaign and lobby the government for fairer funding for cities like Liverpool.