Day school and film screening in Manchester on 18 February.  Film Screening in Liverpool, on 19 February 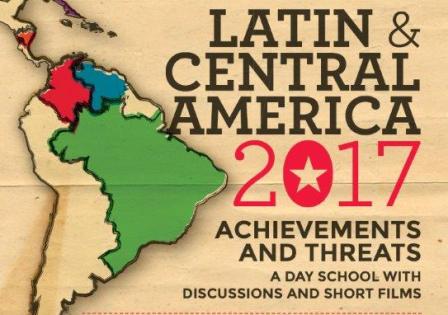 There will be a day school featuring reports, film and discussion in Manchester on Saturday 18 February, 10am-4pm.

The focus will be on Venezuela, Cuba, Brazil, Nicaragua and Colombia.

Tickets on the door, £5 waged, free unwaged.  Registration is from 9.15am

A flyer about the event is available (click here).

There will also be film screenings about South America over the weekend.

On the Saturday evening (18th), from 6pm-8.30pm there will be a double-bill of documentaries on Chile and Venezuela at the UNISON Regional Centre, Arena Point, Manchester M3 1UN.

The attached flyer contains more information about both the Manchester and Liverpool screenings.