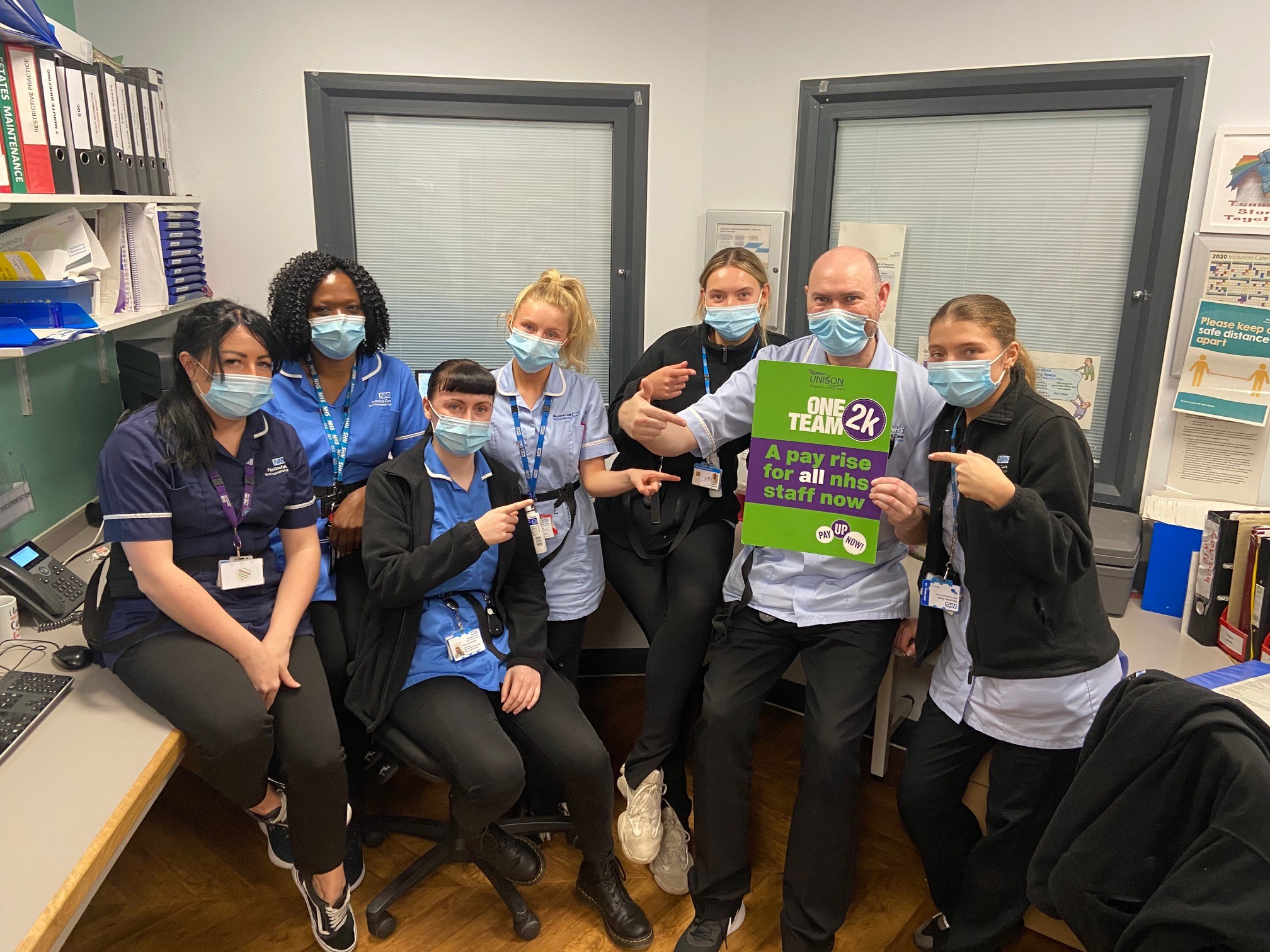 Thousands of health staff across the North West of England – including nurses, paramedics, cleaners, domestics and porters – are writing to the region’s seventy-five MPs asking them to back UNISON’s call for NHS staff to get an early pay rise in time for Christmas.

Staff employed in hospitals, clinics and ambulance stations across the North West of England are urging local politicians to put their case to the government for a significant pay rise of at least £2,000 for every worker across the NHS.

The NHS pay rise is due next April, but health workers, already worn out from the early stages of the pandemic, say bringing the increase forward would help staff feel more valued as the second wave surges.

Bringing the planned wage rise forward a few months would also place the NHS in a better position to face the future, say health workers in the North West.

The pandemic has affected staff profoundly and many may choose to leave the NHS, such are the levels of exhaustion says UNISON. Raising pay this year could persuade staff to change their minds and make the NHS more attractive to thousands of much-needed recruits, adds the union.

With the arrival of winter, the second virus wave and the increasing rates of infection, UNISON believes now is the perfect time for the government to show the high regard in which ministers say they hold NHS staff.

One nurse who works in a community and neonatal unit in the North West said: “I worked on a ward right through the pandemic - night and day shifts wearing full PPE (not just a mask!) Sometimes you would be stuck in the full suit for hours with no drink.

“The pay rise would help us understand our worth. We are still working through a pandemic. We left our loved ones to care for our patients - your loved ones - to ensure they received the best care.

“I just want acknowledgement that we mean something. I chose this career because I care deeply about the health and well-being of others, I didn’t plan on doing it to put myself and my family at risk as I have been doing the last 6 months. The pay rise would prove our worth.”

Whilst a Health Care Assistant working in Lancaster simply said: “[A pay rise would mean] I would be able to pay rent and bills with a liveable wage. I could rely less on benefits and save for holiday.”

Another North West based nurse said: “I currently owe £68,000 in student debt and I am seriously in two minds whether I want so much responsibility as a nurse for so little pay.

“I don't feel that my debt reflects the pay and prospects for nurses. I feel that a significant pay rise would entice more prospective student nurses, which would help with the understaffing issue within the NHS.”

NHS workers in East Lancashire created this video to support their campaign for a pay rise.

YOU CAN WRITE TO YOUR MP HERE.