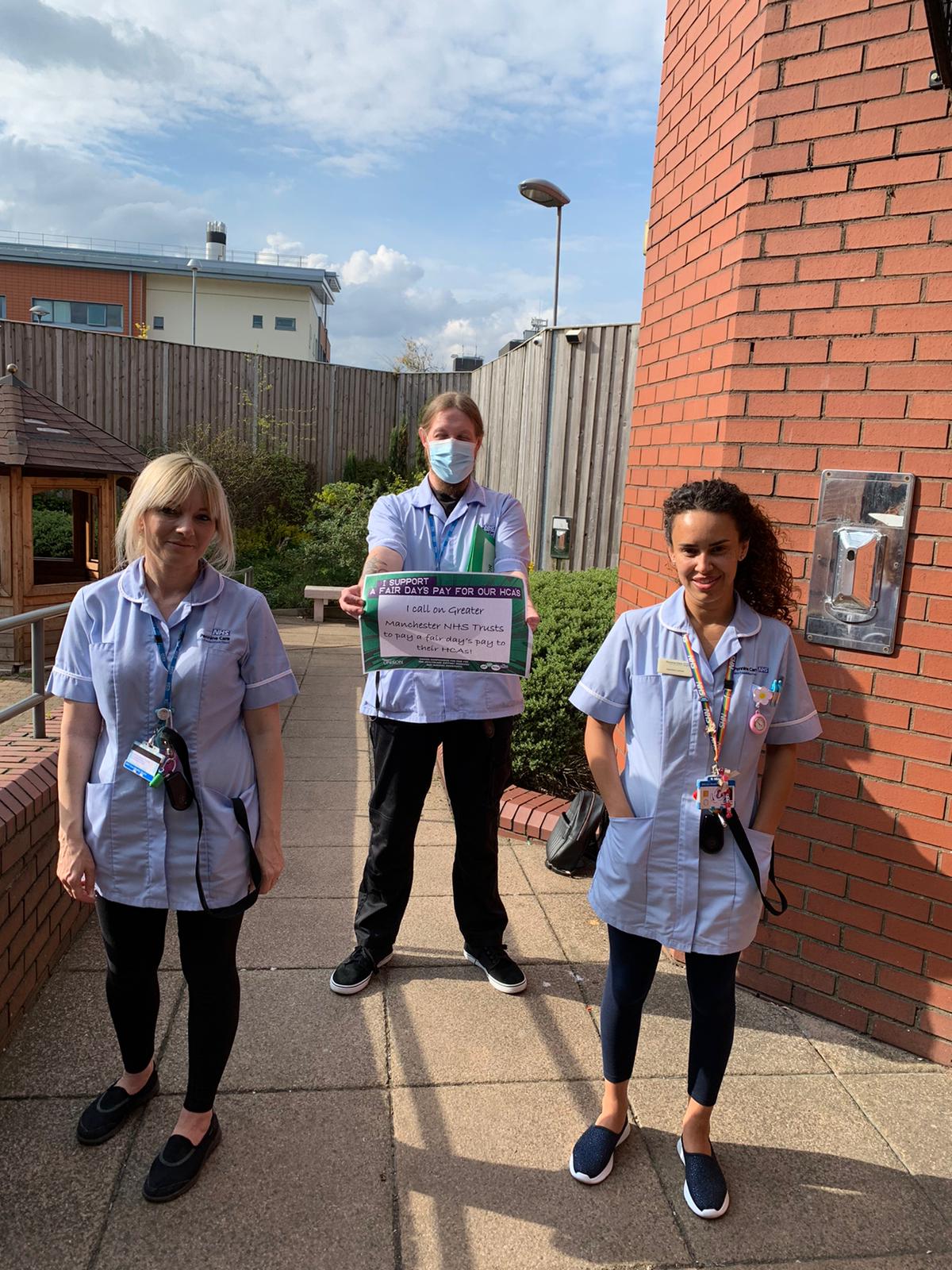 The thousands of hospital staff affected are working to contracts that mean they should provide personal care such as bathing, feeding and toileting patients. However, they are often expected to perform clinical duties including taking and monitoring bloods; carrying out electrocardiogram (ECG) tests; venepuncture; escorting patients unaccompanied; complex dressings; cannulation and recording patient observations, which should be paid at band 3.

The health workers, many of which have lost out on thousands of pounds in pay- have raised the issue of incorrect banding with a number of Greater Manchester Trusts, but the situation has still not been fully resolved. The support staff believe that their employers should recognise their years of going over and above to deliver exceptional patient care.

Their campaign has received widespread support. In MFT NHS Trust, almost four hundred of their colleagues, including nurses, midwives, doctors, consultants and matrons- completed a UNISON survey which found that 91% of staff felt that patient care would suffer if Band 2 staff did not undertake duties beyond personal care. A petition in support of the NHS staff has also been signed by over two thousand patients, staff and politicians. 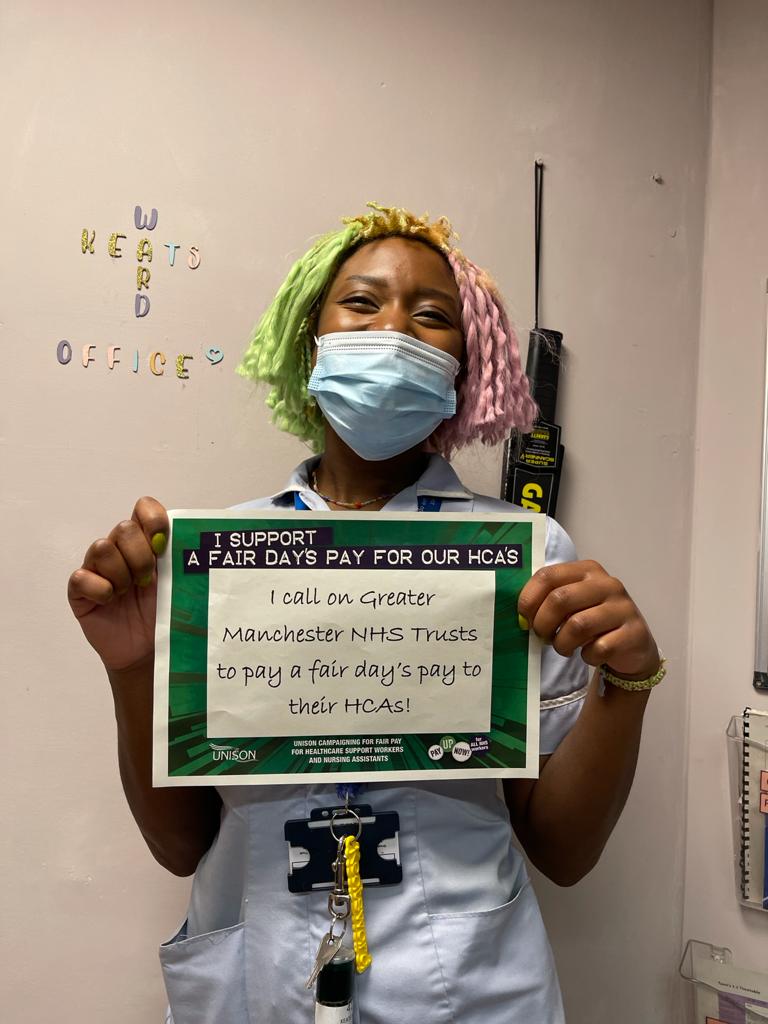 James Bull, UNISON North West Head of Health, said: “Thousands of our lowest paid NHS Staff on the front line of the pandemic in our city region are providing exceptional care without being paid properly for the work they do.

“We welcome the commitment of MFT, Stockport and WWL trusts to finally resolve this issue through ongoing talks. We hope that soon, we will have an offer to put to our HCA members which recognises and rewards them for their commitment and sacrifice they have made.

“Other NHS trusts where this issue exists must not sit by on the sidelines. It is simply immoral that health workers should not be paid the proper rate for the job they do, and UNISON will stand by our healthcare assistants in their campaign for pay justice.”

Kate Green, MP for Stretford and Urmston said: “Healthcare assistants do a vitally important job. COVID has starkly reminded us all how much we rely on the care, compassion and professionalism of our health key workers.

“They deserve proper recognition and reward for the demanding and important roles they undertake.” 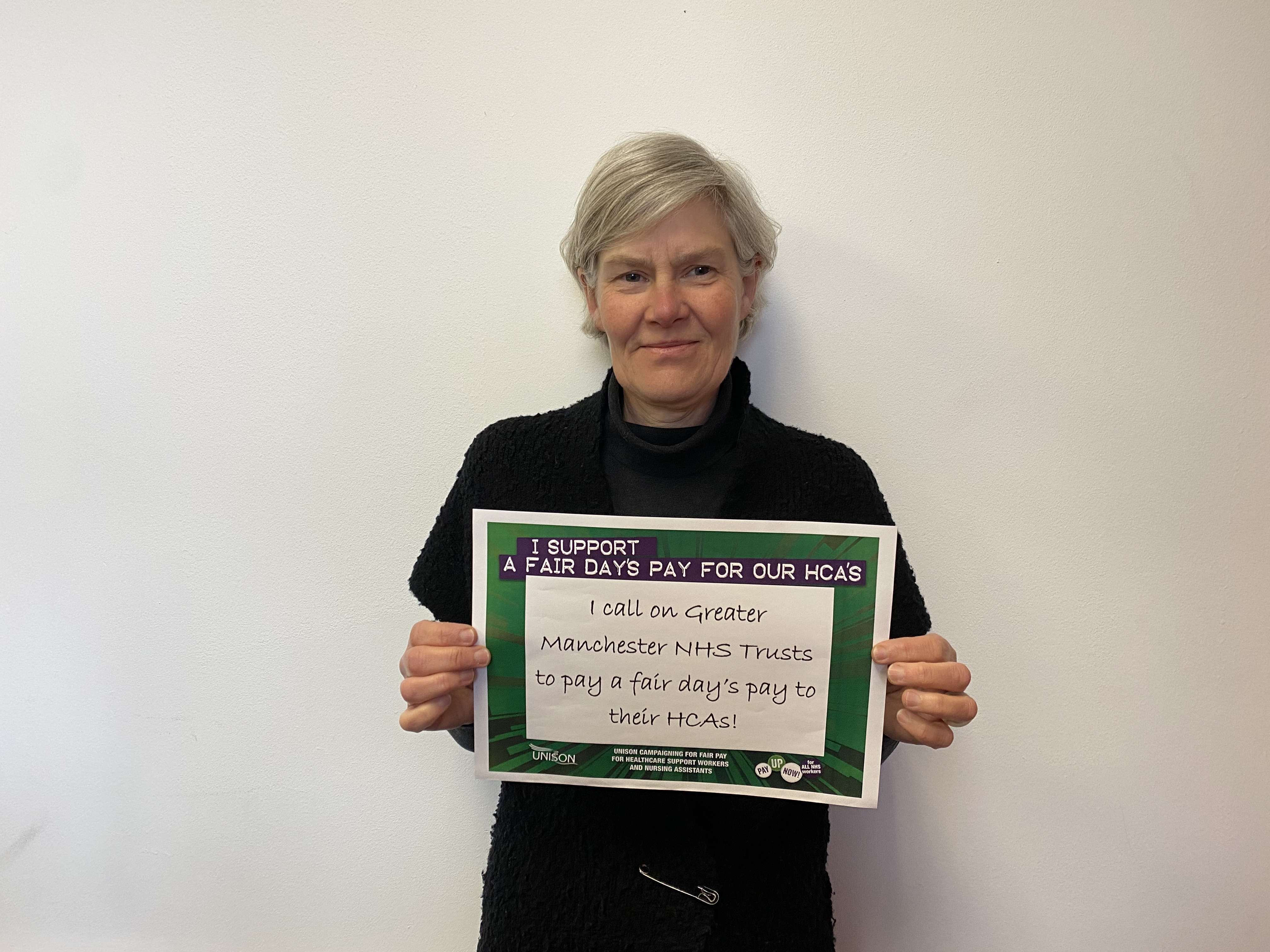