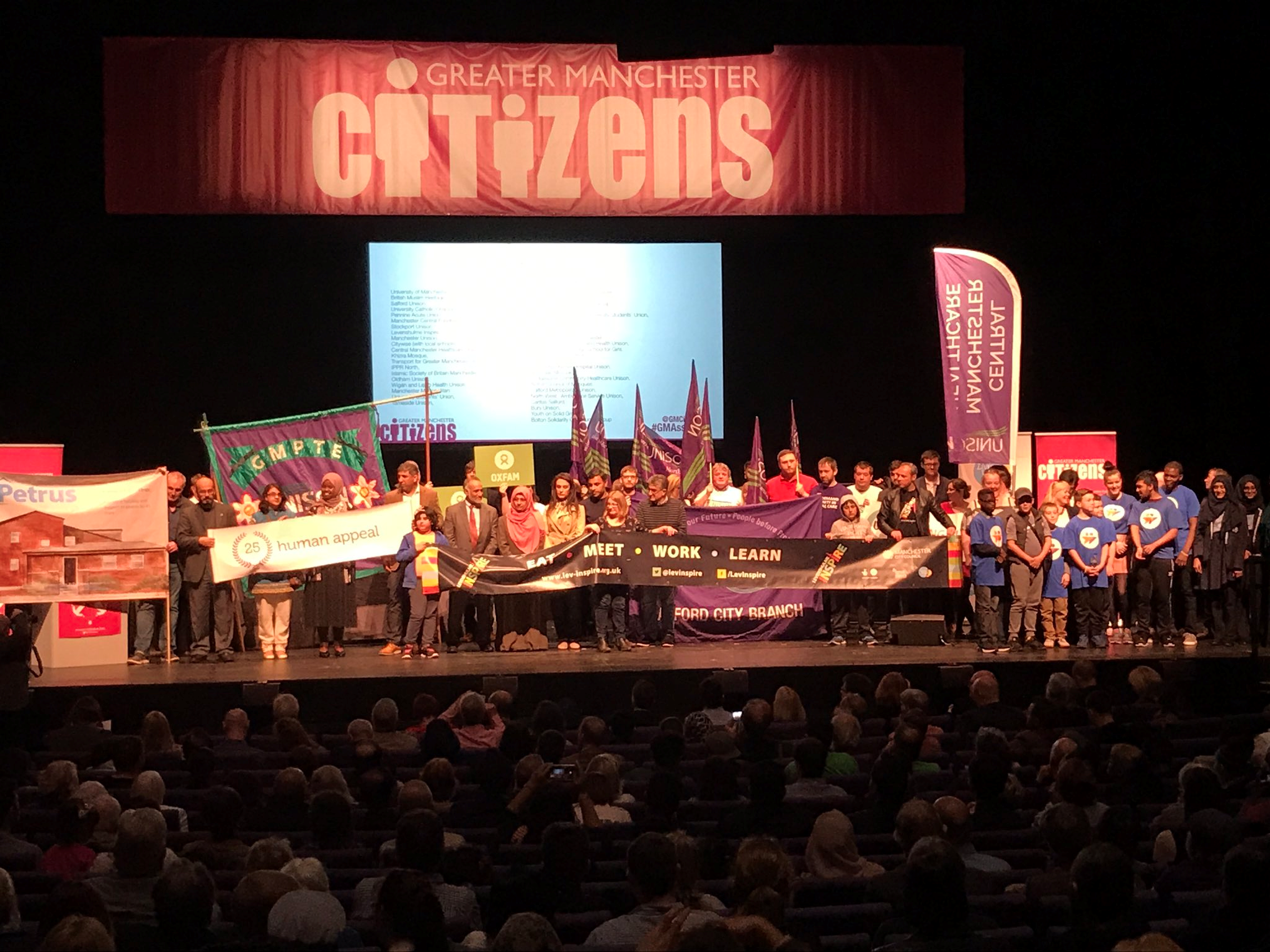 UNISON members have benefited from participating in GMC as it has helped us to build alliances with a wide variety of community organisations, not just trade unions. This collaboration has helped us to win commitments from politicians and employers that we may not have been able to secure on our own.

The key event for GMC is the Mayoral Assembly which takes place in the run up to the Greater Manchester Mayoral election. The first took place in 2017 and it was a really positive event with almost 1000 local people in attendance. It’s not a traditional political hustings event. Instead, members of GMC including UNISON North West have been conducting listening campaigns to understand what are the key issues affecting people in Greater Manchester. At the assembly, these issues will be put directly to the Mayoral candidates by local people who are affected by them. In 2017 for example, UNISON care workers spoke passionately about the state of the social care sector and put the candidates on the spot, asking them for key commitments in response. All of the Mayoral candidates committed to everything that GM Citizens asked for.

It promises to be a great event and we’d love to see you there. The more people UNISON can turnout, the more powerful we will seem to the next Mayor of Greater Manchester.

There is also a Facebook event for the Assembly, so please click attending and share with your friends, but please note that all attendees still must register through Eventbrite.

There is still a massive opportunity for you to get involved in shaping the biggest event of the Greater Manchester Mayoral election. The next planning meeting takes place on Tuesday 31 March from 6-8pm at UNISON North West, Arena Point, 1 Hunts Bank, Manchester, M3 1UN. We will be getting together to decide exactly how we are going to make our crucial asks of the next Mayor of Greater Manchester. We will also be planning the logistics of this huge and exciting event, which will also include musical performances as well as taking our representatives to task. New people are always welcome, and we’d love to see you there.

If you have any questions about the event, please email [email protected]