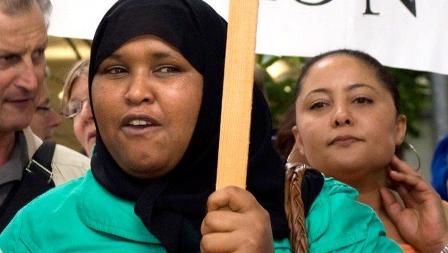 Members of the University and College Union (UCU) and UNISON in further education colleges in England will be taking strike action on Wednesday 24 February in a row over pay.

Staff are angry that the employers’ representatives, the Association of Colleges, recommended a pay freeze, despite staff suffering a real-terms pay cut of 17.1% in the last five years. UCU members walked out in November as part of the dispute and will now be joined on picket lines by UNISON members later this month.

UCU head of bargaining, Michael MacNeil, said: ‘Staff in further education colleges are understandably sick of the employers’ refusal to deal with the real-terms pay cuts that blight the sector. Our members demonstrated in November that they are prepared to take action on this issue and are delighted that colleagues from UNISON will be joining them on the picket lines.’

UNISON head of education, Jon Richards, said: ‘After years of flatlining, wages across much of the economy are slowly picking up, but not for those in further education. Faced with the prospect of yet another year with no pay rise, staff have understandably decided that enough is enough, and have taken the difficult decision to take action later this month. College workers will be hoping that the announcement of strike action is enough to get the Association of Colleges back around the table and in meaningful negotiations.’