Furious frontline health workers have put two fingers up at bosses who gave them a KitKat as a reward for risking their lives on Covid wards. 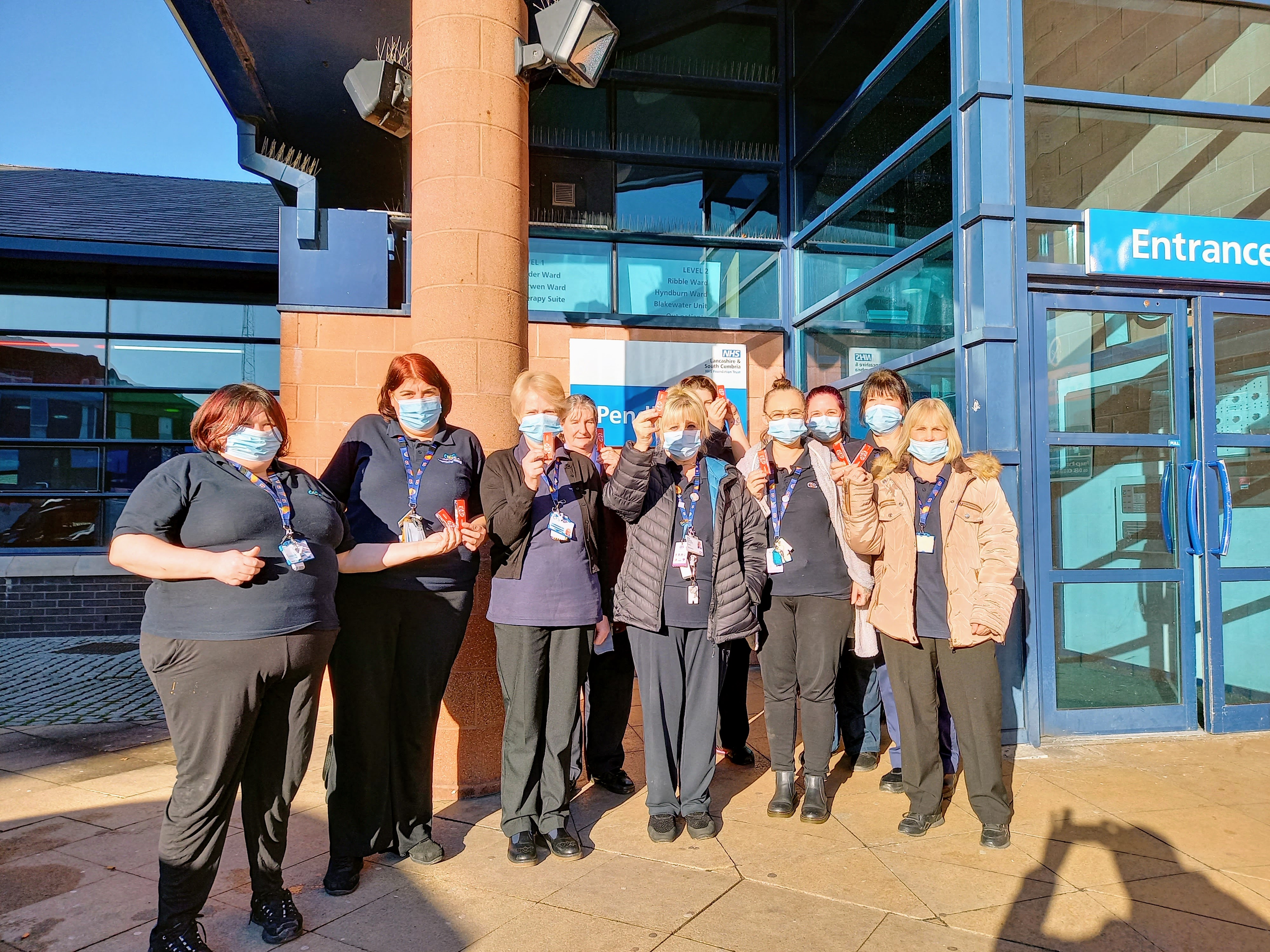 The disgruntled domestics and catering staff are employed by private firm OCS at health sites run by Lancashire and South Cumbria NHS Trust.

Two hospitals – The Harbour in Blackpool and Blackburn Royal Hospital – may face strike action next month (March) after a final slap in the face for the fuming staff.

The outsourced workers were already angry at being paid less than NHS colleagues doing the same jobs and for being ignored for months when they raised the issue. Being given a chocolate biscuit as the reward for keeping high-risk Covid wards safe while NHS employed staff received significantly more for doing the same job proved to be the final straw.

One hospital worker threw the thank you letter away after feeling: “insulted- like we were being treated like small children being given a treat for good behaviour.”

UNISON North West regional organiser Dale Ollier said: “Sending workers a chocolate biscuit to recognise putting their lives at risk throughout the pandemic just doesn’t cut it. What OCS workers want is a positive resolution to the two-tier workforce issue, which they raised over eight months ago.”

OCS staff worked throughout the pandemic during evenings and weekends on minimum wage, even on Christmas Day. OCS pays £8.91 an hour compared to £10.19 earned by NHS staff on national Agenda for Change (AfC) terms and conditions. NHS workers also receive enhanced rates and time off in lieu for working unsocial hours such as evenings, weekends and bank holidays.

Hospital workers employed by OCS are £2000 per year worse off than colleagues working for the NHS. They also have inferior working conditions including 7 days less annual leave. Some OCS staff are even forced to go into work when they’re sick because they don’t receive occupational sick pay despite working in an environment where they easily pick up viruses.

UNISON Regional Organiser Dale Ollier added: “The workers voted 97.8% in favour of taking strike action in a consultative ballot held towards the end of last year.

“OCS staff hoped they could reach an amicable resolution but they are understandably feeling increasingly frustrated at the existing two-tier system in place. We warned OCS that if we were unable to seek agreement, we would be prepared to pursue a formal ballot on industrial action. In the absence of any offer whatsoever from OCS to resolve this dispute, the workers have been left with no other choice.”