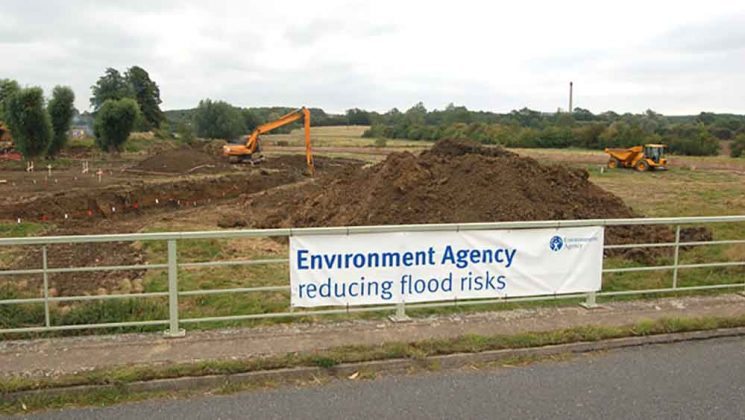 Thousands of Environment Agency (EA) workers in England will strike for the first time tomorrow in a significant escalation in a dispute over pay.

UNISON members working in the EA are now “working one day in every five for nothing” due a decade of government failures to pay workers wages in line with inflation.

Workers who maintain important safety structures such as the Thames Barrier, coastal sea defences and those protecting communities from floods, water pollution, spills, waste fires and fly-tipping will walk out tomorrow, Wednesday 18 January from 8am to 5pm.

Last November, EA workers were given an inadequate pay rise of just 2% plus a £345 payment.

In December, thousands of workers started working to rule for an indefinite period, meaning they are working only their contracted hours and taking all their scheduled breaks and full rest time between shifts.

The strike comes at a time of year when extreme weather is more likely to hit the country. Where there is a threat to life or property from incidents such as a major flood, officers will step in as emergency ‘life and limb cover’ has been agreed.

UNISON head of environment Donna Rowe-Merriman said: “Dedicated staff have been left with no other option but to strike over pay for the first time in the agency’s history.

“The decision to strike wasn’t taken lightly as workers know their role is crucial in keeping communities and the environment safe.

“But the cost-of-living crisis has reached a point where the lowest paid are truly struggling to make ends meet. Staff often have no choice but to look for other work outside the Agency. This appalling situation cannot go on.

“Communities rely on these critical workers, particularly during bouts of extreme weather and rising problems of river pollution. They should be paid accordingly.

“UNISON is urging ministers and the agency to negotiate and ensure workers are given an improved pay offer. Otherwise, more staff will join the exodus.”

The union’s EA committee chair Jackie Hamer said: “It is a measure of the anger and frustration of our members that they are taking strike action over pay for the first time in the history of the Environment Agency.”

“Twelve years of this government’s austerity policies and below-inflation pay rises have eroded pay in the EA by over 20%, and that was before the current spike in inflation. Our lower-paid members are finding it very hard to manage financially and some depend heavily on working significant amounts of overtime to make ends meet.

“These are frontline workers who deliver vital services, protecting the environment and turning out regularly in force to manage the impacts of flooding. To be so badly rewarded for such important work is shameful.”

UNISON’s EA sector committee vice chair Greg Marshall said: “Our members care deeply about the communities they serve and about protecting the environment we live in. For them, it’s more than just a job. Whether it’s getting up in the middle of the night to build flood barriers or sacrificing their public holidays to attend waste fires or sewage pollutions, they just want to do the right thing.”

“But enough is enough, they can’t survive on a derisory 2% pay offer on top of the 21% cut they’ve had over the last 12 years. Our staff deserve a fair pay rise. We need fair pay in the EA.”