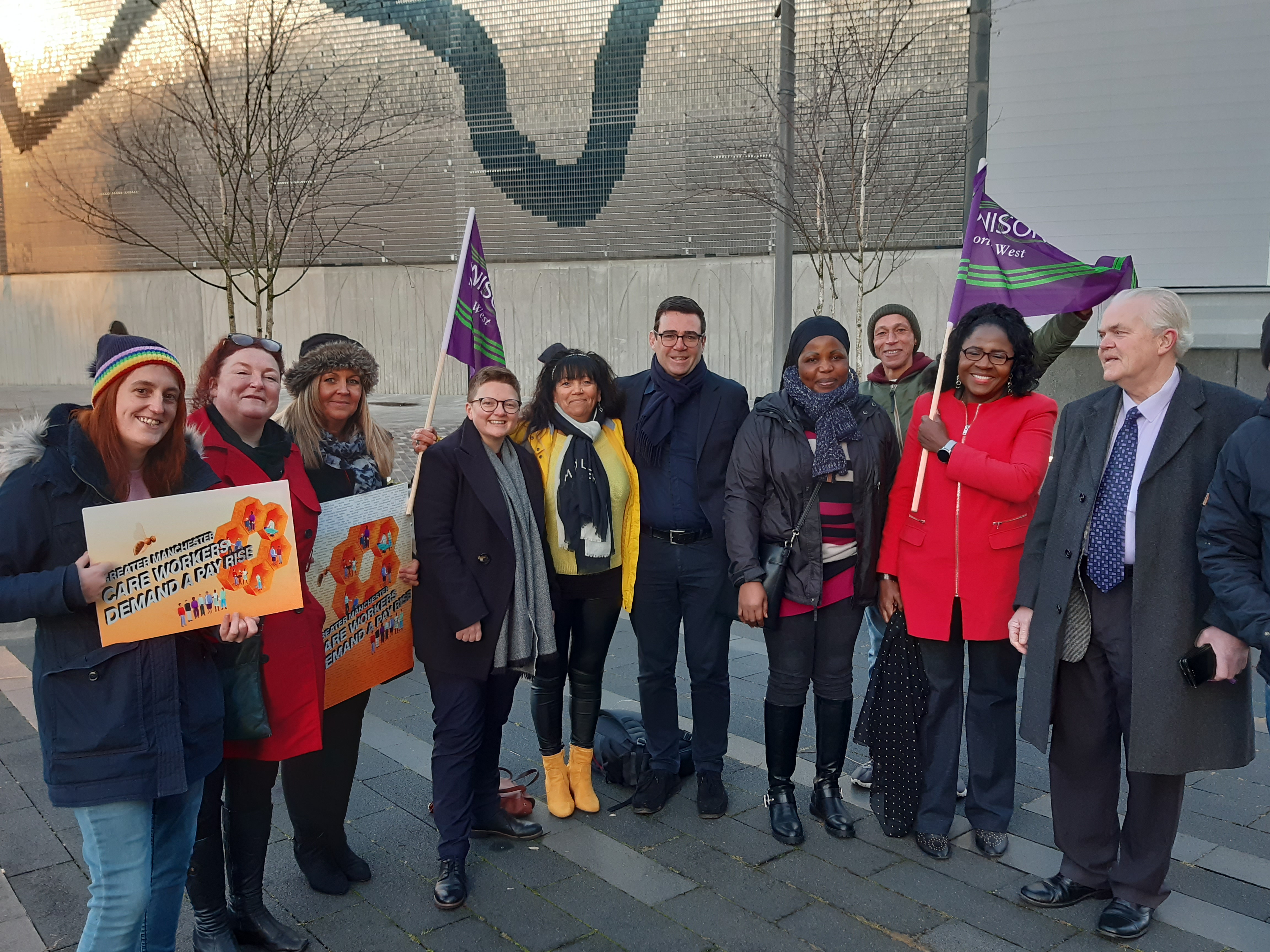 The petition calls on Greater Manchester’s ten local authorities to require the Foundation Living Wage (£9.90) as a minimum starting salary for all directly employed and commissioned care and support workers. The petition has received almost 4500 signatures so far.

The care workers presented the petition to regional political leaders in Rochdale earlier this morning ahead of a meeting of Greater Manchester Combined Authority (GMCA).

“We feel under-valued, under-appreciated and under-paid. This is why thousands of excellent dedicated care workers are leaving the profession for better paid jobs in other industries, which is worsening the social care staffing crisis.

“We are Greater Manchester’s care and support workers. And we demand a pay rise. 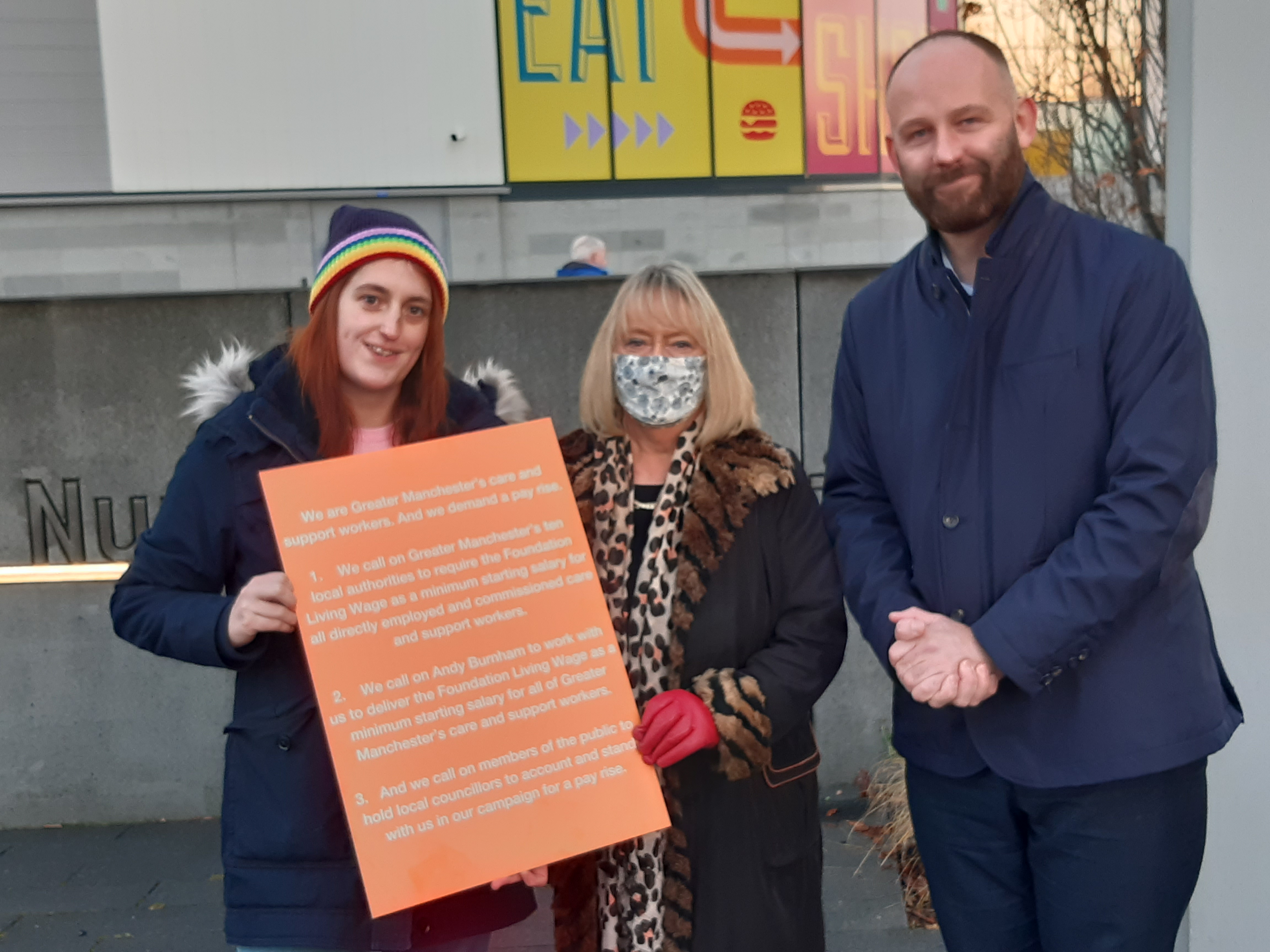 Salford care worker and UNISON rep Julia Mwaluke said: “As care workers, we have been neglected for too long- even during this pandemic it feels like the Government forgets we exist.

“We need a Living Wage so that we can put food on the table for our kids and improve our living conditions. The cost of everything is going up and I know many care workers who have been forced to use food banks. This is why we are fighting for all care workers in Greater Manchester to be paid the real Living Wage.” 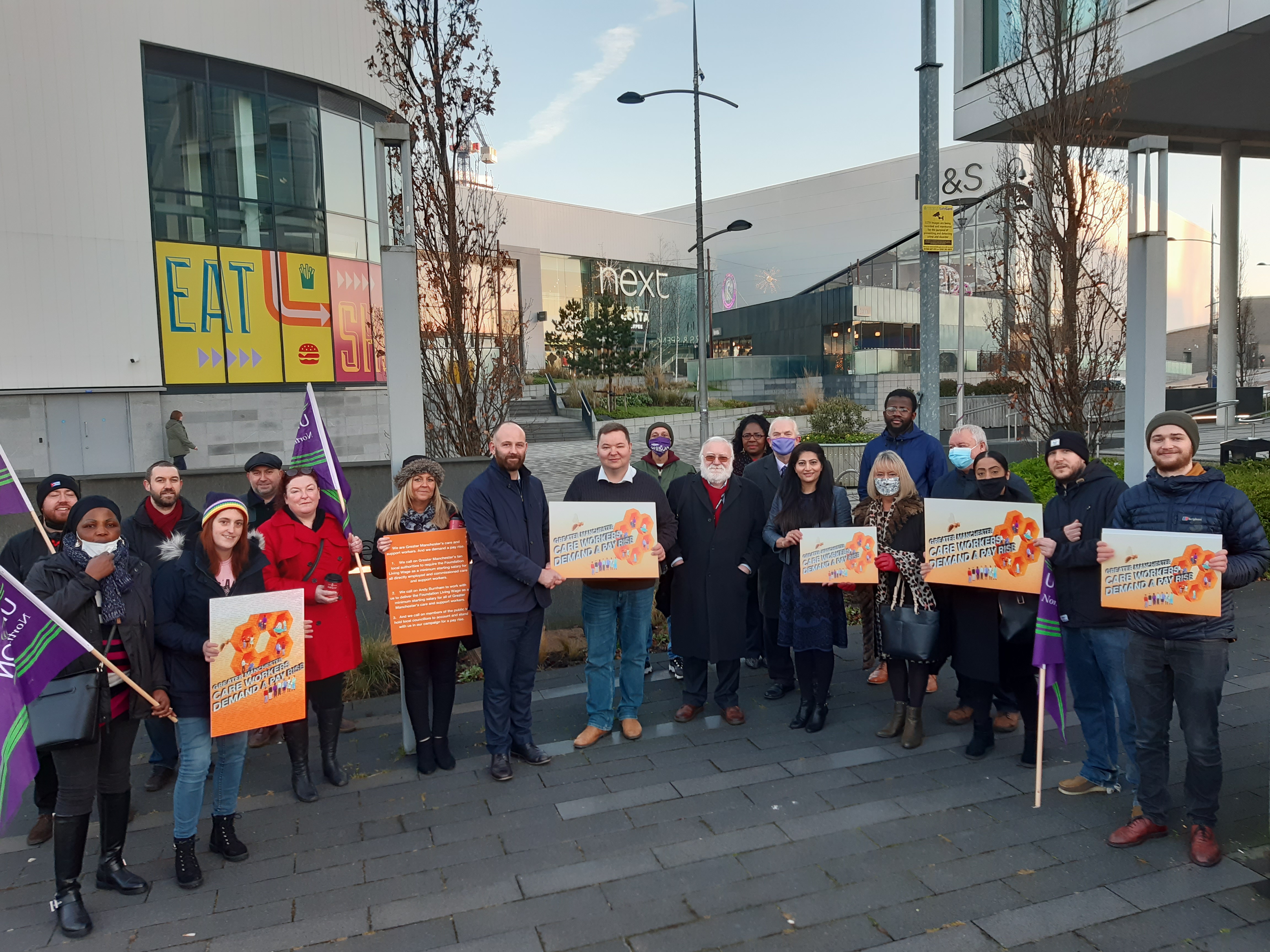 “UNISON North West and care workers across the region call on local councils to take responsibility for the pay and conditions of social care workers by making the Foundation Living Wage the minimum starting salary for all commissioned social care.

“This can be done- it is within councils’ power to ensure that care workers in their area are paid a real Living Wage. It’s time for our political leaders to show that Greater Manchester really does do things differently.” 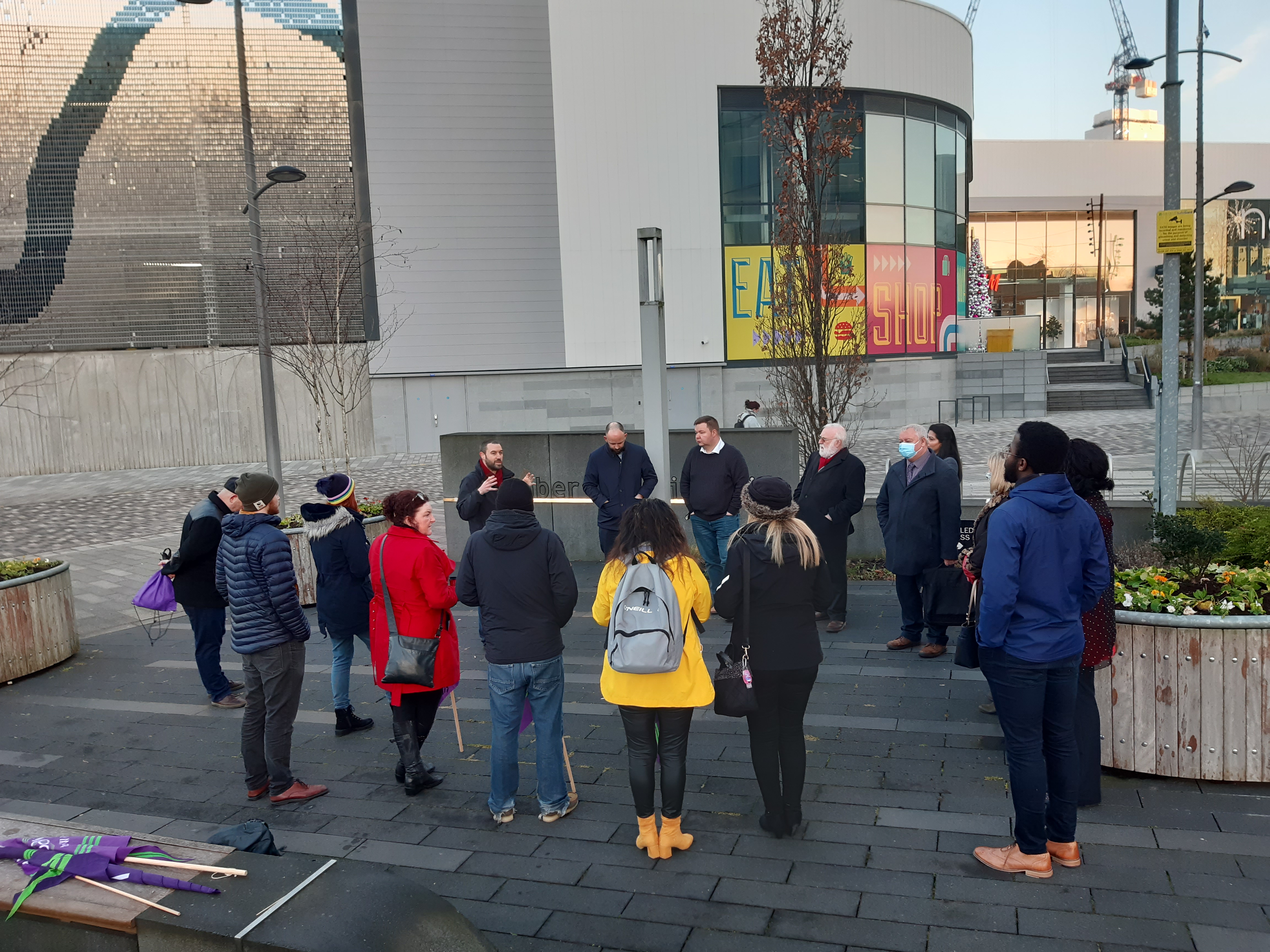 The Greater Manchester Care Workers Demand A Pay Rise petition- which has received almost 4500 signatures so far- can be found here.