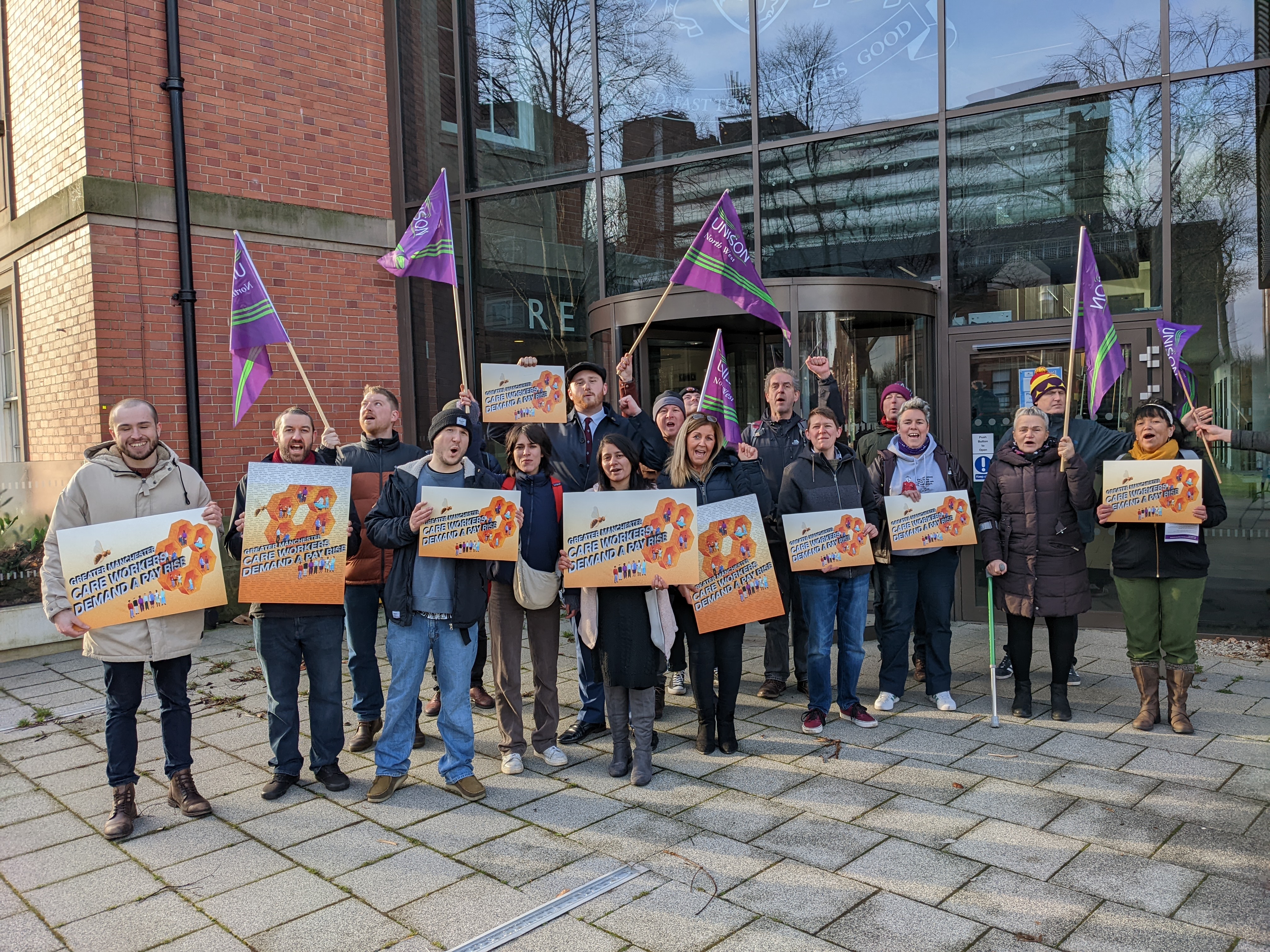 The care workers presented a petition to local authority leaders in December 2021. The petition calls on Greater Manchester’s ten local authorities to require the Foundation Living Wage (£9.90) as a minimum starting salary for all directly employed and commissioned care and support workers. The petition has received more than 4500 signatures so far.

Jill, a home care worker and UNISON member said: “I have been relying on a food bank for the last two years, and still use two different ones to this day. A pay rise would mean I can afford to pay my bills and not rely on the charity of others.”

Cheryl, a home care worker and UNISON member said: “Since fuel prices have sky-rocketed, I am forced to walk everywhere - to see my mum, the rest of my family and to go to the shops.

Nuria, a support worker and UNISON member said: “I am underpaid, I cannot even think of starting a family, as the wage I currently get is barely enough to sustain myself and my cat, let alone children.”

At today’s action, Chair of Labour Party North West regional board Leigh Drennan presented an open letter to Greater Manchester Labour group leaders and GM Mayor Andy Burnham. The letter- which calls on the remaining seven councils to guarantee the Living Wage for local care workers- has been signed by over 150 high-profile regional Labour Party figures within the last two weeks, including Deputy Leader Angela Rayner and a number of other MPs.

UNISON North West Social Care Lead Dan Smith said: “We commend the decisions taken by Oldham, Salford and Rochdale councils to show care workers they are valued by guaranteeing that they are paid the real Living Wage.

“This shows that it is within Greater Manchester councils’ power to ensure that frontline workers can afford to provide for their families. We call on the remaining seven councils in the city region to take responsibility and kick poverty wages out of social care.

“Last month, dedicated care workers presented their petition to GMCA leaders. Today, a bigger group of care workers are here and UNISON has submitted a paper to the GM Leaders’ strategy meeting today. We will be back again and again until every care worker in Greater Manchester is paid a Living Wage.”