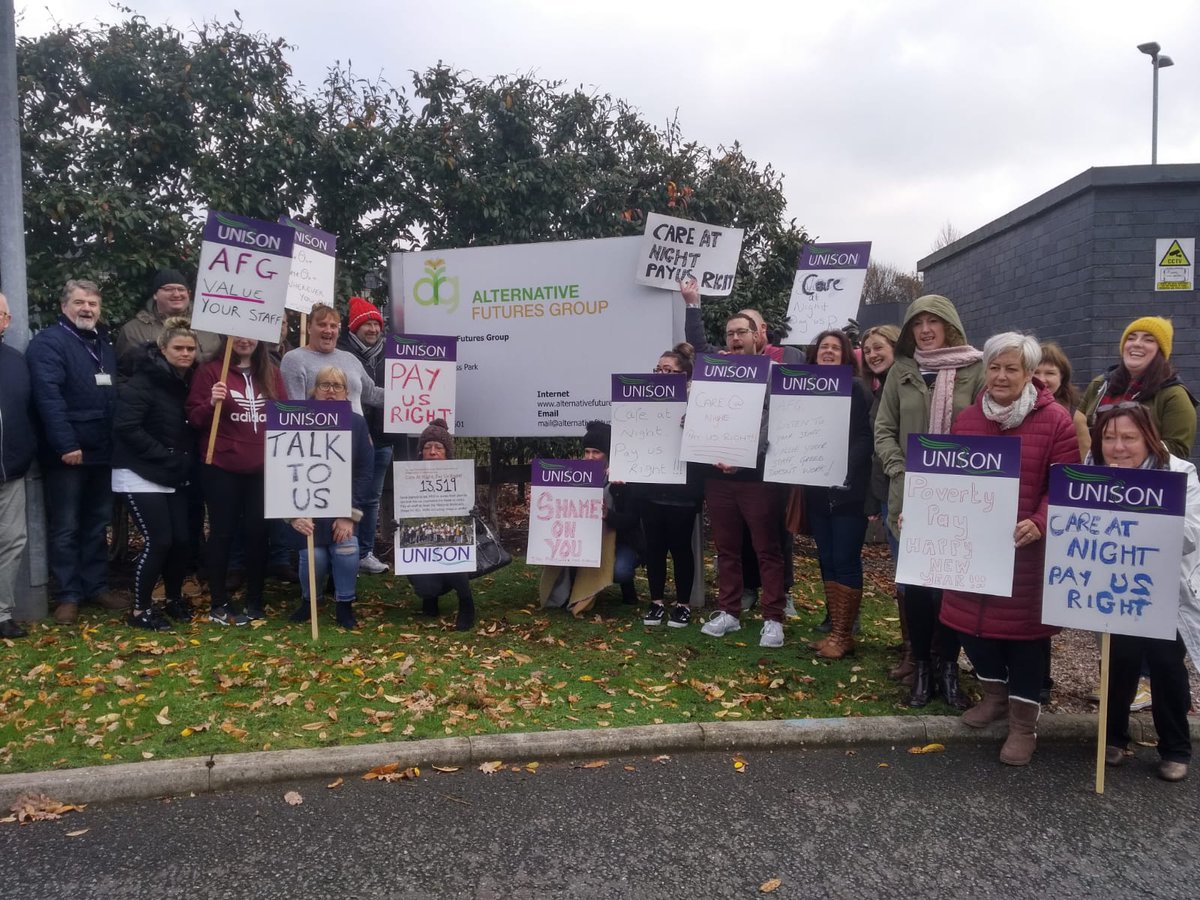 Alternative Futures Group (AFG)- a care provider which is commissioned by councils across the North West- has come under fire for proposing to cut the working conditions of care workers it employs.

The care organisation has developed a proposal which it is calling “A Chance for Change”- a process that AFG says will “change the enhanced terms and conditions for our support workers” as part of a “cost reduction programme”.

AFG wrote to MPs and councillors across the North West in an attempt to soften the ground for their proposed cuts to care worker terms.

But the care provider’s CEO Ian Pritchard was given short shrift by North West politicians, with twenty-one MPs- including Deputy Leader of the Labour Party Angela Rayner MP- and sixty-three councillors signing an open letter which condemns the proposals.

UNISON Regional Organiser Paddy Cleary said: “AFG’s treatment of its care workers is nothing short of shameful. It is clear that “A Chance for Change” is nothing more than a chance to cut costs- with the burden being felt by front-line workers.

“All contractual terms are set to be reviewed, leaving open the prospect of AFG cutting their occupational sick pay scheme in the midst of a pandemic. This would pose a public health risk- putting both care workers and service users at increased risk, as care workers are forced to choose between health and hardship.

“In a deft public relations move, AFG has attempted to distract from its “cost reduction programme” with a vague expression of an “ambition” to pay the Foundation Living Wage. But it is not difficult to see through this red herring. Wirral and Rochdale councils recently funded an uplift to allow local care providers to pay the Living Wage- yet in both cases AFG rejected these offers and refused to pay the Living Wage.

“It is clear to see that AFG’s proposal is a thinly veiled attempt to further slash the terms and conditions of an already undervalued workforce- they must urgently reconsider.”

Paula Barker, MP for Liverpool Wavertree said: “The crisis in adult social care is one of the most serious and urgent issues facing our country. Too long underpaid and undervalued, the pandemic has shown that we need to invest in social care and support our care workers.

“For a so-called care organisation to propose these callous cuts to conditions sixteen months into a pandemic is shocking. MPs and councillors across the region have written to AFG and asked management to confirm that they will protect the terms and conditions of care workers. We stand with AFG workers who deserve pay rises, not threats of cuts to terms and conditions.”