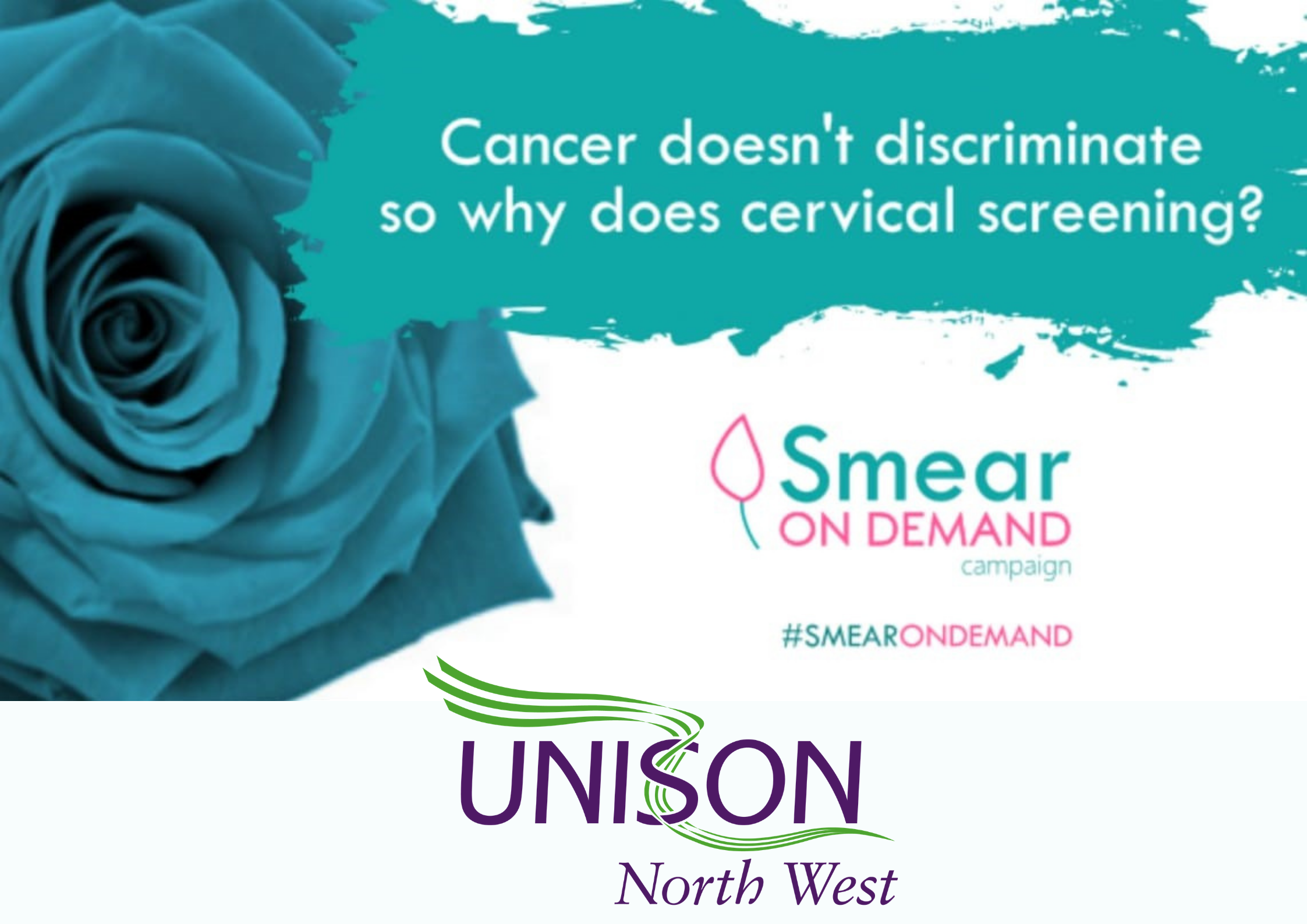 UNISON North West has today launched a campaign to save young women’s lives.

The campaign, launched by a group of women trade union members in the North West of England, aims to ensure that if a woman requests a smear test and her GP or nurse agrees, she is given one.

Currently, Government guidelines prevent health professionals working in the NHS from being able to offer women under 25 an inexpensive smear test. GPs and nurses can’t offer a test even if the woman’s medical history and worrying symptoms indicate they should.

This poorly-thought out policy has left thousands of women in the North West needlessly at risk of undetected cancer. One woman directly effected by this issue was UNISON member Lucy Jones, whose own experiences were the catalyst for UNISON North West’s Women’s committee to launch this campaign.

Women’s Committee co-chair Sharon Allen said: “You could hear a pin drop when Lucy attended a UNISON meeting to tell us her story. We were astounded that at just 19 years old she was turned away by a GP who told her she wasn’t entitled to a smear test until she was 25. She was lucky that a university nurse got her an appointment at a colposcopy clinic because her friend worked there. Despite being so young, Lucy had a large area of high-grade precancerous cells that needed removing and she had the operation less than 2 weeks later.

“When she was 26, she began to experience the same symptoms again. Yet despite her medical history, she was told she had another 18 months to wait until her next smear test. The test was subsequently carried out but, astonishingly, it was destroyed by the lab because Lucy wasn’t due the test for another 18 months. She paid for a private test and was diagnosed with a serious form of cervical cancer. She was referred back to the NHS and operated on within a couple of weeks. Thankfully Lucy has made a full recovery but the outcome could have been so different if she had waited 18 months.”

Sadly, Lucy’s experience of failing to secure a much-needed smear test is not unique and this policy is having dire consequences. Since the screening age was increased to 25 in England in 2004, the rate of cervical cancer has more than doubled in women aged 25 to 29 years. Six women die of cervical cancer every day in the UK.

Lucy was encouraged to share her story by Joanne Moorcroft, the branch secretary of UNISON’s Cheshire Police Branch, which Lucy was a member of. Joanne Moorcroft said: “This is a gender issue; women are turned away if they are not due for their population screening, despite health care professionals wanting to carry out the test. This doesn't happen to men in relation to prostate examinations.

“Government health officials claim women under-25 shouldn’t be screened because screening in this age group isn’t effective at preventing cervical cancer; the treatment of cervical abnormalities in young women can adversely affect future pregnancy; and survival cancer is rare in women under 25.

“But these recommendations are based on data which is outdated and misleading. The ‘evidence’ used dates back to 2003 and considers stage IB+ survival cancer only. Stage IA cancers, which are very common in young women, were not counted.

“The aim of screening is to prevent, not detect, cervical cancer. For prevention to be successful in women aged 25 and over, screening needs to begin before the age of 25.”

As Shadow Minister for Women and Equalities, Charlotte Nichols MP is determined to ensure MPs start to listen to and heed UNISON’s call for health officials to consider the most recent cervical screening statistics.

“A smear test costs the NHS around £7.10.  Being denied one can cost women their lives.

“Young women don’t need to die from cervical cancer. It’s tragic that so many do when this can so easily be prevented with a quick and painless test that costs so little.”