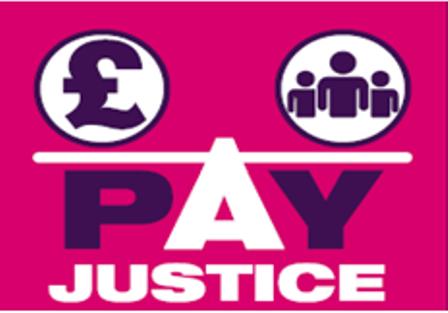 UNISON’s NJC Committee has recommended that members REJECT the offer and show support for a programme of industrial action as part of our ongoing campaign for pay justice.

The North West Local Government Service Group, UNISON’s biggest and whose representatives led the call for rejection, is now supporting branches to encourage full engagement in this important consultation and deliver a resounding REJECTION of the offer.

NJC pay is the largest collective bargaining group in the country and covers over a million workers in local authorities, schools and various other public bodies and employers providing local government services. If this two-year offer is implemented as it stands it will mark eight consecutive years of falling pay value in real terms for the vast majority of this workforce.

The sector employers’ response is a two-year offer of just 1% in each year, with additional increases at the bottom of the scale so that employers meet their legal obligation to pay the forthcoming statutory National Living Wage of £7.20 per hour. That additional increases are needed to lift NJC pay up to statutory minimum levels – which are still significantly lower than the real Living Wage - shows just how far the real term value of pay has plummeted for this workforce.

The offer does not come close to meeting our claim and is both inadequate and unfair:

Research from the National Policy Institute, commissioned by UNISON, shows that over half the cost of meeting the unions’ pay claim is self financing to Government through increased tax and NI take and reduced in-work benefit payments. Which is good for Government, good for NJC workers, good for public finances and good for local economies with increased consumer spending capacity. By contrast the sector employers’ offer will deepen in-work poverty.

These are just some of the reasons UNISON is recommending its members REJECT this offer and indicate support for ALL of the industrial action options set out in the consultation.

The North West Local Government Service Group has produced a leaflet that provides more information about the offer and the reasons to REJECT it.  You can download it here.

The Summary Report of the National Policy Institute’s research commissioned by UNISON on affordability of the claim can be viewed/downloaded here.