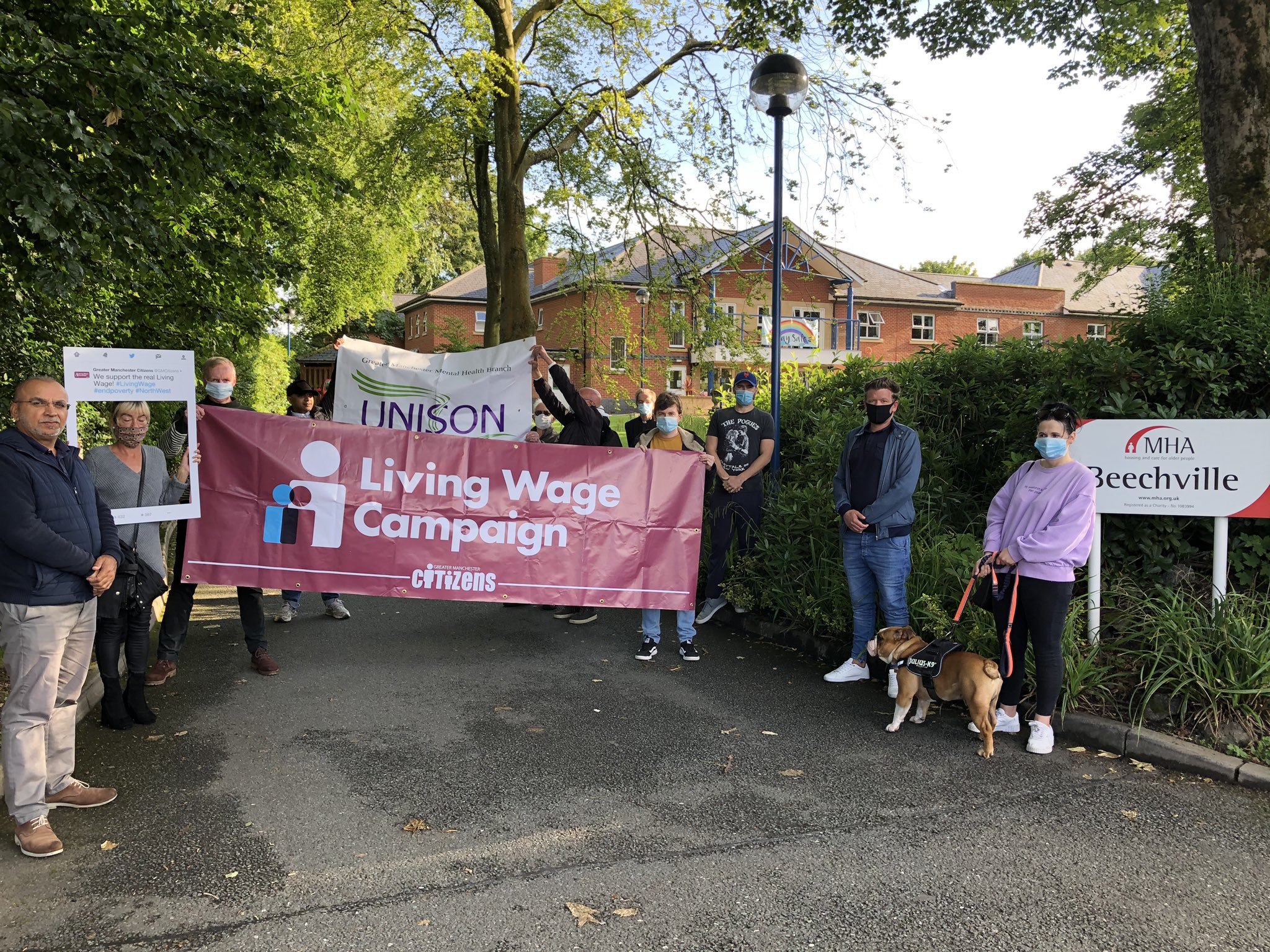 Councillors in Bolton are coming under increasing pressure to protect care workers by backing the Care Workers vs COVID-19 motion at the full council meeting on Wednesday (15 July).

UNISON asked all North West councils to sign a pledge which guarantees sick pay and other protections for local care workers. Bolton and Bury Councils are the only local authorities out of the ten councils in Greater Manchester which have not yet signed the pledge or agreed a similar sick pay scheme through negotiations with UNISON. UNISON first requested that the Council put these measures into place over 3 months ago.

As the ‘R’ rate in the North West remains high, UNISON believes the council could do more to reduce the rate of transmission in Bolton. A new Office for National Statistics (ONS) survey has shown that care homes which do not pay staff sick pay have higher rates of COVID-19 infections, with dire consequences for residents and the local community.

Local care workers have told the union that they have been forced into poverty due to the lack of sick pay for staff who need to self-isolate or shield during the ongoing pandemic. Statutory Sick Pay (SSP) is just £95 per week and care workers told UNISON that this is simply not enough money to get by on.

One Bolton care worker said: “My employer is not allowing people who have to self-isolate paid time off. It’s heart breaking, some are single parents who are in full-time work- their children still need to be fed and looked after and they still have their monthly bills to pay.

"So they put their health, our service users and their family members at risk. I have worked alongside someone who had been in contact with a family member who had COVID-19 but because of the pay pressures, she came into work instead of self-isolating.

"My colleague did eventually go off sick but only because her colleagues pressured her to. This work is low paid to start with and I know she is financially struggling. She doesn’t have a flash lifestyle, she lives within her means, so I feel really guilty because I know she has really struggled to manage financially after taking the time off. She shouldn't have been made to choose between keeping service users safe and keeping herself out of poverty."

UNISON Bolton LG branch secretary Andrea Egan said: “The latest figures show that Bolton has the third highest rate of COVID-19 infection in Greater Manchester. This is at least in part because Bolton Council has provided little support to the low paid staff who have worked heroically throughout this pandemic.

“However, we are pleased to see that some local councillors have already expressed their support for the campaign, but we call on all councillors to back care workers by voting for the motion. They need to think about these care workers, the residents in the care home, and their family members. These are people, people that will be residents in the wards they are elected to serve. I really urge them to support our campaign.

“Hundreds of local people have signed the care workers’ campaign petition. With less than a week until the crucial vote, we are asking residents within the Bolton borough, to call on your councillor to protect care workers pay and health, which in turn will protect our loved ones in care homes and help to stop the spread of coronavirus in Bolton.”

2800 care workers responded to a UNISON North West survey, which revealed the lack of support for care staff during the ongoing public health crisis. 8 out of 10 care workers surveyed believed they would not be paid their normal wages if they had to self-isolate due to COVID-19.

Whilst we have some really good care homes, a large majority of the care workers surveyed by UNISON North West said that their employers were not doing enough to keep them and the people they care for safe.

"The reality is they are twice as likely to die from the virus than other healthcare workers. How much of that is because of inadequate PPE or a lack of sick pay that prevents them from self-isolating or shielding when they need to? No-one should have to choose between their own health or hardship.

“The Government’s new £600m Infection Control Fund provides funding which local authorities can use to ensure care workers get their normal wages if they have to self-isolate. In addition, it’s clear that social care workers are eligible for the Government’s job retention scheme if they need to shield due to a health condition. This means that the cost to Bolton Council of guaranteeing full normal pay for all care workers that are absent due to COVID-19 is significantly reduced.

"Fifteen councils across the North West have shown that it is possible to take action to protect the livelihood of our social care heroes, it's time for Bolton Council to step up and make the same commitments.”