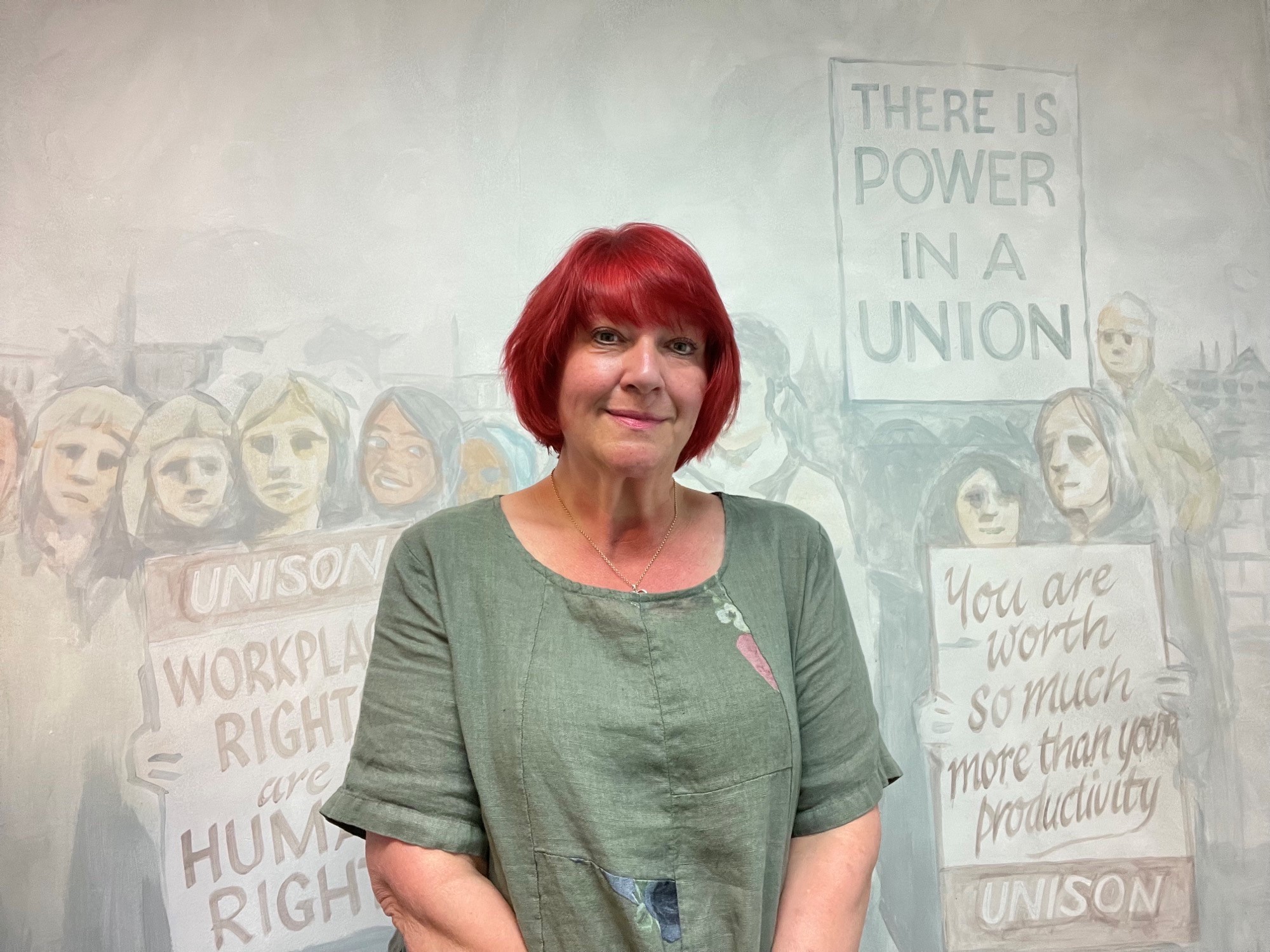 At a virtual meeting of UNISON’s new national executive council (NEC), a new presidential team was chosen. The union’s previous presidential team had collectively served a longer term than usual due to the COVID pandemic.

Andrea said: “It’s an absolute privilege to have been elected as Senior Vice President, but I am aware that it is a huge responsibility too. Public service workers face the daily challenges of providing vital services during a pandemic after years of spending cuts and pay freezes. I would very much like to thank everyone who has supported me, now it is about how we can move forward collectively as a member-led union”.

You can read an interview with Andrea about her election here.