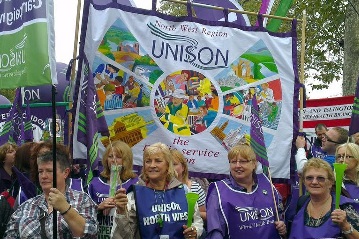 The 30 workers, who see more than 100 people with addiction and mental health problems a day, are angry that contractor Addaction is going back on a 2018 agreement. This would have seen some staff who’ve had their pay frozen for two years, receive up to £2,000, says UNISON.

Had Addaction not reneged on its promises, its workers would now be earning the same as NHS staff doing similar jobs, says UNISON. The union is now to ballot its members from next Thursday (18 July) to Friday 2 August.

Staff were transferred to Addaction when it took full control of Wigan Council’s substance misuse service in 2018.

Commenting on the ballot, an Addaction worker said: “I agreed to transfer to Addaction because I was assured my NHS pay, leave and pension would be honoured. I feel really let down.

“We work incredibly hard supporting recovering addicts, often in very trying circumstances. We love our job but every year it’s getting harder to get by on our wages.

“The promised pay rise would have made a huge difference. I’d be able to take my children on holiday and wouldn’t feel so worried about whether I’d have enough money left at the end of the month.”

“These staff provide an exceptionally valuable service to the local community in Wigan and Leigh. They deserve to be rewarded, not strung along by their employer.

“It’s time Addaction stopped dragging its feet and made good on its promises. Staff will be hoping that the ballot will be enough to make their employer think again.”