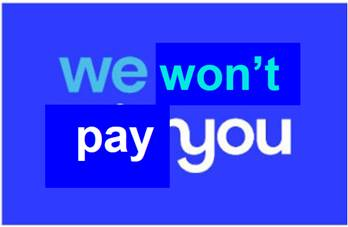 The national charity Addaction is set to re-name itself ‘We Are With You’ this week, but the re-branding exercise is set to be overshadowed by strike action in Wigan and Leigh.

Nearly thirty drug and alcohol rehabilitation workers are due to strike for five days – from Thursday 27 February until Wednesday 4 March – in a long-running dispute over broken pay promises.

The dispute began after Addaction/We Are With You reneged on a promise to ensure that workers’ pay kept pace with NHS employees doing similar jobs. Managers have so far refused to find enough money to meet their commitment to staff.

The workers’ unhappiness with feeling misled by Addaction/We Are With You has been compounded by the news that the cost of the organisation’s re-branding exercise has reached some £140,000 – more than enough to resolve the dispute.

The workers, who are members of UNISON, previously took eleven days of strike action in 2019. A ballot of staff in January has given a fresh mandate, with a 100% vote in favour of strike action.

The service is commissioned by Wigan Council.  Concerns have recently been raised by staff in a survey about the quality of the charity-run service.  The service has been criticised by staff as “dangerous” and waiting times have been described as “atrocious”.

Paddy Cleary, UNISON North West regional organiser said: “The organisation may have changed its name to We Are With You, but for staff in Wigan & Leigh, a more appropriate name is: ‘We Won’t Pay You’ , which summarises management’s approach to their staff in this dispute.

“Staff work hard to provide a vitally important service for vulnerable people, but they are so upset by management’s refusal to pay them the NHS rates that they are again prepared to take industrial action.

“There can be no denying the steadfast determination of the staff.  They feel that they have been misled and are determined to get what they are due. For these dedicated support workers to then find out that their senior managers have chosen to splash out on a costly rebrand rather than pay them fairly is incredibly galling.

“We are hopeful that with the change of name, there will be a change of heart, and that Addaction / We Are With You management will now realise that this issue is not going to go away.  They simply need to meet the commitments that they have made to staff.”