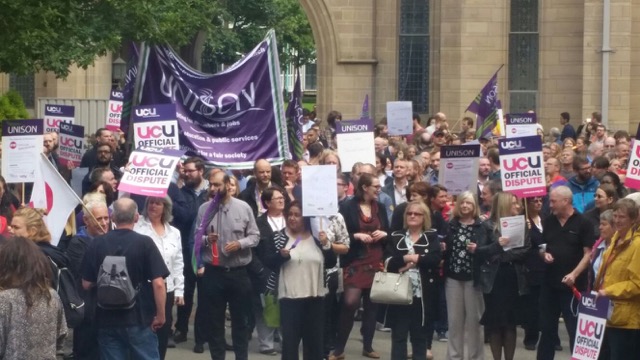 The University of Manchester developed the world’s first stored-program computer, but now bosses plan to outsource IT services to private providers and cut 68 jobs.

The University’s IT Department provides an important high-quality service.  Hundreds of students and staff – including members of UNISON, UCU and Unite- attended a noisy protest rally last month against the proposed cuts.

Staff are particularly concerned that these changes come at a time when the University is worsening its redeployment policy, leaving them at greater risk of being out-of-work.

The University has no financial need to make these cuts.  The University had an increased income of nearly £900million in 2013/14, and an operating surplus of over £30million.

“Staff and students are very unhappy about these proposals.  The plans appear to signal the beginning of a move to privatise IT services. Very little reasoning has been given to back up these proposals other than a misguided belief that the private sector is better. Nor can the University tell us where the money, which they say is saved by these proposals, is going.

“It is incredibly sad that a university with a rich history of being at the cutting edge of IT do not believe they are able to deliver their own IT service.  The University is cash-rich and has no need to make these cutbacks.

“We will be doing all we can to see our members’ jobs retained in-house delivering a quality service to students and staff. If there are any job losses then we want to work with the University to try and redeploy staff to alternative roles as has always been the case in the past.” 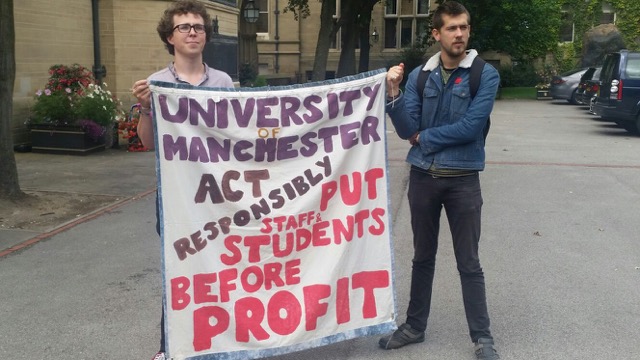 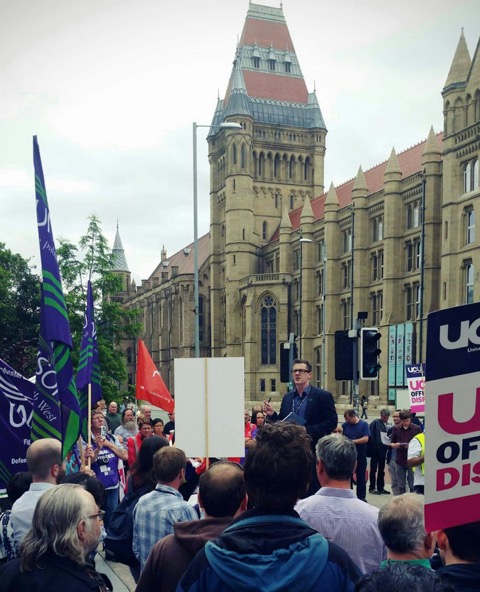