Building an Economy for All 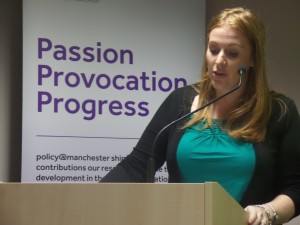 Yesterday, I was pleased to take part in a question time event about how we make the economy work more fairly for all. The event was at the University of Manchester and was organised by CLES. Amongst the panellists was Danny Dorling, author of Inequality and the 1%.

He pointed out that in 1912 Britain had mass philanthropy by the rich at the same time as mass poverty. This underlined how there is always a need for taxation and public spending. In my introductory remarks I argued the role of public services and quality jobs in building a fairer economy and society, and I’ve reproduced my speech below:

Last week in The Times, David Cameron wrote a piece that made an unapologetic pitch for votes on the basis that Conservatives cut taxes.

He stated his ideological position that it was right to ‘let people keep the money they earn’ and morally wrong for government to spend money as if it grows on trees. He asserted that “every single pound of public money started as private earning”.

This has echoes of an article that appeared almost 27 years ago to the day by another Tory Prime Minister. Margaret Thatcher’s famous interview with Woman’s Own magazine included her saying that “there’s no such thing as entitlement, unless someone has first met an obligation”.

Her view, like Cameron’s, was that it is only in the realm of commercial activity – in the private sector – that wealth or money are created, and that taxation and public spending should therefore always be minimised. This thinking is wholly consistent with Thatcher’s most famous utterance in that same Woman’s Own interview – that ‘there is no such thing as society’. 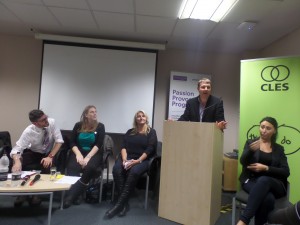 But it’s apparent that this thinking is flawed.

The caricature of an heroic private sector being weighed down by an excessive burden of taxation in order to fund a wasteful public sector is total rubbish.

Public spending is absolutely vital for economic and social well-being, in lots of ways.

So the real question for me is ‘what sort of society do we want to live in’?

The public sector has a crucial role to play, not least as a good quality employer. This is important in helping to confront one of the central problems our society currently faces – that of in-work poverty.

Jobs are just not delivering what they used to for millions of people. This is evident in the collapse of real wages, in the ongoing decline in the share of national income paid in wages, and in high-profile problems such as the rise of zero hour contracts.

Our union is involved in on-going disputes over pay in the public sector. The Government should not expect our members to continue to bear the burden of year after year of real wage cuts.

Whilst people go to work to fulfil their roles and many do superb jobs especially in the public sector building & supporting our communities, we go to work to earn a wage that we can live off.

Yet 1 in 4 people living in Greater Manchester live below the official living wage of just £7.85 an hour.

There is an urgent need for a higher minimum wage, but there is also a need for more sectoral collective bargaining.

It is notable that the decline in collective bargaining coverage, from over 80% in the 1970s to less than a quarter now, has accompanied the widening of inequality.

This is certainly a challenging agenda, but it is time to re-regulate labour relations in the interests of fairness, equality and social cohesion.

Austerity is not an economic necessity, it’s a political choice, and we could choose a different path and build a society that has: