A Great Day at Skills for Strength

UNISON North West Bats it Out of the Park 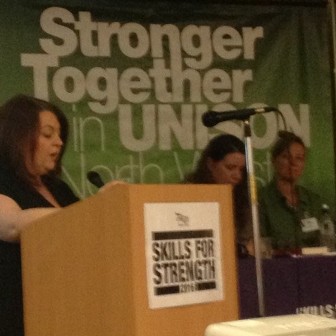 Last Saturday was a great day for UNISON North West as we held our second organising convention at the Mechanics’ Institute in Manchester.  We built on the success of 2015 with a range of excellent speakers and I came away feeling energised and better-prepared for the struggles ahead.

Amongst the speakers was Jane McAlevey, an American organiser who has successfully organised low wage workers in hospitals and care homes.  She shared her methods of mapping, finding organic leaders and undertaking structure tests – all to build power in the workplace.  Jane emphasised the importance of raising the expectations of workers – aiming high, to win changes that really have an impact on people’s lives and that workers are prepared to fight for.

Ethel Buckley of the SIPTU union in Ireland is involved in organising campaigns with department store workers and hotel workers.  She pointedly said that we need to take the ‘h’ out of winning – to stop complaining about the difficulties we face and to mobilise an army of workers.  She described how organising requires workers to stand up to their boss and that she seeks to reassure and embolden members by making sure they know that she ‘has their back’.  I want UNISON members and activists in the North West to know that we always have each other backs too, and that where our organising activity brings us into conflict with our employers that we will support each other.

Ethel was very complimentary of Skills for Strength – saying that she thought it was a unique event in its focus on organising.  The mood at the convention was fantastic.  I was so pleased for the new activists who attended as they had such an upbeat and enjoyable first experience of a regional event.  And more long-standing activists came away having learned something new and feeling better able to win.  We will all need to put our skills and energies to work in the coming year. 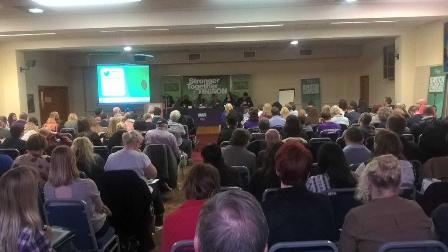